Having spent 17 years conducting counterinsurgency and counterterrorism operations in the deserts and mountains of the Middle East, the Naval Special Warfare community is shifting its focus to threats from China, Russia and aspiring adversaries 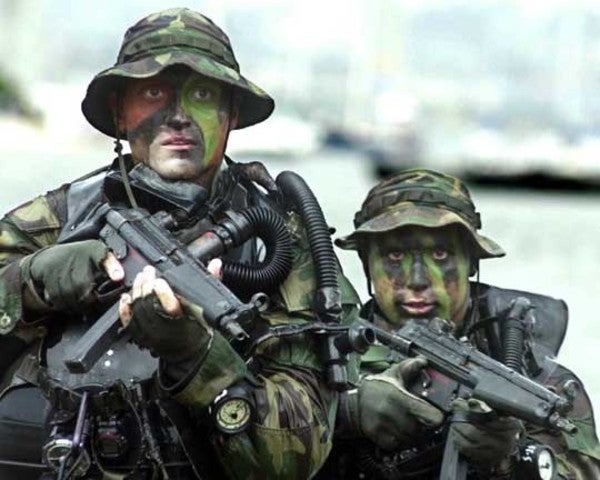 Having spent 17 years conducting counterinsurgency and counterterrorism operations in the deserts and mountains of the Middle East, the Naval Special Warfare community is shifting its focus to threats from China, Russia and aspiring adversaries.

Navy operations planners are including Navy SEALs in all aspects of planning and training, such as war games, exercises and tabletop scenarios, Vice Chief of Naval Operations Adm. Bill Moran told reporters Jan. 16 at the Surface Navy Association's annual conference.

The shift began in 2013 when Rear Adm. Brian Losey, then-commander of Naval Special Warfare Command, began making “a concerted effort to talk to his teams about getting back to the 'blue side,' ” Moran said, referring to the Navy's large fighting forces of ships, submarines and aircraft.

That focus has continued since Losey retired in 2016, Moran added.

“[Losey] saw the 'great power competition,' he saw the threats of an emerging Russia, China, North Korea and Iran,” Moran said. [SEALs] have a very specific and important role to play in all situations.”

Since the U.S. insertion into Afghanistan in 2001, special operations forces, including the SEALs, have focused on a specific selection of their skill sets, including small-scale strikes and offensive actions, counterinsurgency, hostage rescue, counterterrorism and countering weapons of mass destruction.

But these forces have other expertise that is relevant to both large-scale military conflicts as well as the type of posturing and competing for regional and global dominance that currently is happening, according to a 2017 report by David Broyles and Brody Blankenship, analysts at CNA, an Arlington, Virginia-based think tank that concentrates on the U.S. Navy.

Those skills include preparing an environment for operations, reconnaissance, unconventional operations, military information support operations and foreign humanitarian assistance, according to the report, The Role of Special Operations Forces in Global Competition.

“Special operations forces have a greater role to play in today's global competition through a counteractive approach to adversary maneuvers,” Broyles and Blankenship wrote. “The United States has only recently recognized that adversaries are exploiting the U.S. view of 'preparing for future war' vice 'competing in the here and now.' “

Moran agreed that Navy SEALs have a unique talent set that the “blue side” had largely forgotten.

“We've grown used to not having them in a lot of situations. … Wow, there are some great capabilities here that can set the conditions in the world for the kind of operations we are going to need in every single one of our campaigns,” he said.

The proposed training also would expand the area for conducting exercises to include Kauai, Lanai, Maui and Molokai, in addition to Oahu and Hawaii.

The training, in a location relatively near to and similar in climate to the South China Sea, where China continues to assert its dominance, is necessary to enhance the Navy Special Warfare Command's traditional skill sets, including diving and swimming; operating with submersibles and unmanned aircraft systems; insertion and extraction; reconnaissance and parachuting; and rope suspension training activities, according to the report.

Moran said the SEALs' return to their roots will bolster lethality of the Navy as a whole.

“As much as it's their chance to re-blue, it's our chance to reconnect from the blue side,” he said. “That will continue to grow, I think.”

WATCH NEXT: This 'Inside SWCC' Recruiting Video Is Badass