A Navy SEAL made his initial appearance Wednesday afternoon in U.S. District Court in Norfolk on charges he recorded himself... 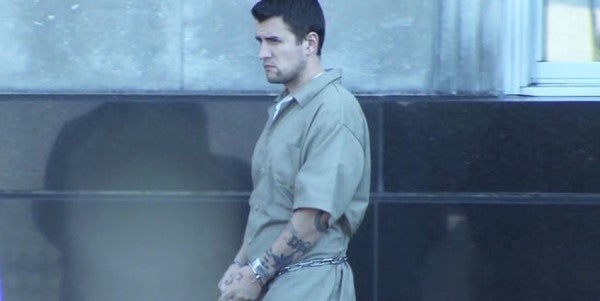 A Navy SEAL made his initial appearance Wednesday afternoon in U.S. District Court in Norfolk on charges he recorded himself molesting a sleeping child.

Petty Officer 1st Class Gregory Kyle Seerden, 31, was arrested April 3 in San Diego, where he is stationed with SEAL Team 1. He was then transferred to Virginia to face the charges, and an arraignment is set for May 10.

Magistrate Judge Douglas Miller said an attorney would be appointed to represent Seerden, but the sailor would have to pay $300 per month.

The charges against Seerden, filed March 31 in Norfolk, stemmed from a Naval Criminal Investigative Service investigation of an unrelated sexual assault for which he does not face charges.

A woman reported Seerden raped her in January inside a hotel at Joint Expeditionary Base Little Creek-Fort Story.

Seerden, who enlisted in 2005, was on temporary duty in Norfolk at the time of the alleged assault, court documents said.

NCIS agents sought and received authorization from Seerden’s commanding officer to search his iPhone. A search on Feb. 3 revealed dozens of images of prepubescent girls and boys engaged in sex acts, court documents said. At least one image appeared to involve a naked child and an aroused dog, and another involved bondage.

The man’s face was not captured by the camera, but he was wearing a light-blue shirt, court documents said.

Other photos that were time-stamped earlier in the evening showed Seerden wearing a light-blue shirt while reading a book for the girl and three other children.

It is unclear where the alleged assault occurred. Court documents say the child does not live in Virginia.