What Hollywood Gets Wrong About Navy SEALs, According To 2 Former Commanders

There are movies, TV shows, and video games about the U.S. Navy SEALs, and nearly all of them portray the... 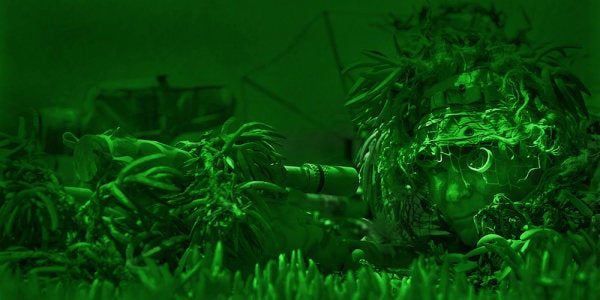 There are movies, TV shows, and video games about the U.S. Navy SEALs, and nearly all of them portray the SEALs as real-life superheroes.

This image may help draw people to Jocko Willink and Leif Babin, the former SEAL commanders behind the leadership consulting firm Echelon Front, but they're always quick to dispel the notion.

“We're not Terminators,” Willink said at their two-day “Muster” conference in New York in May. Willink led Task Unit Bruiser, the most highly decorated special operations unit of the Iraq War, and Babin was his second-command as a senior platoon leader. The Muster conference was an extensive look at the principles explored in their New York Times bestseller “Extreme Ownership.”

Willink explained that most civilians tend to think that SEALs, and troops in general, take orders and follow them like robots.

The reality is that SEALs may be highly trained, elite warriors, they're still human beings with human emotions. They are putting their lives and the lives of their friends on the line with every mission they take, and in a situation like that you don't quietly follow orders you disagree with.

Babin added that, “I've never seen a movie or show that's accurately captured what it's like to be in a firefight.” While the superhero versions of the SEALs always seem to quickly figure out a way to pinpoint the enemy and take them out, Babin said reality is that battle is chaotic and it takes intense discipline to even figure out where the attack is coming from, let alone how to respond.

To successfully complete missions, Willink and Babin explained, SEAL commanders must create a culture where each troop takes ownership of his role in the mission and can make quick decisions when things get hectic.

Willink shared a hypothetical example of this in action:

He sets a mission for Babin and his men to secure a building and move to its roof to provide cover for another team. Babin's team gets to the roof only to see there are no protective walls, making them easy targets.

If Willink led his team poorly and Babin was just following orders, Babin would order his men to get on their bellies and would then radio Willink to see what they should do next. If Willink led his team well and Babin fully understood the mission objectives, Babin would immediately move his team off the roof and take them instead to the top floor to secure an adequate position, and then he would notify Willink of the change of plans and why they were made.

Real leadership — whether on the battlefield or in the office — is not equal to being a dictator, or assuming your troops can pull off any mission without proper guidance Willink explained. In a previous interview with Business Insider he told us, “We work with great guys, but they're humans. They're human beings. They have attitudes, they have intelligence, they have free will. And they will question your planning. They will question your ideas. And you have to not just tell them what to do. More importantly, you have to lead them. You have to explain to them this is why we're going to do this operation this way.”