US Navy SEALs Mistaken For Mexican Navy In California Harbor 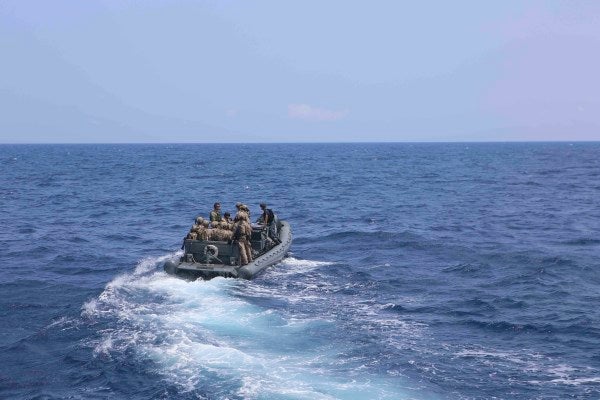 When three swift attack boats recently showed up in an unlikely spot — Dana Point Harbor in California — speculation ran in two directions: The boats were from the Mexican Navy or from Department of Homeland security on an immigration mission.

An Aug. 1 article by Parimal M. Rohit in the Log, a boating and fishing magazine, described the July 11 sighting of the stealth-looking boats in the harbor.

“These boats might have been moving around out in the open for all to see, but no one really knows why these vessels were visiting Dana Point Harbor in the first place,” Rohit wrote.

The Log reported that officials from three local agencies, OC Parks, the Orange County Sheriff’s Department and the U.S. Coast Guard, said they did not know why these boats were in the harbor or what agency they came from.

Eventually, Rohit reported, the Log confirmed both vessels “were indeed part of the Mexico Navy fleet, as a few people on the internet guessed.”

On Wednesday, Aug. 2, three boats like those mentioned by the Log appeared again in the harbor at the fuel dock, reigniting the speculation.

The next day, the Orange County Sheriff’s Department confirmed to the Register that what the Log had identified as the Mexican Navy was, in fact, U.S. Navy SEALS.

“This is the second time they stopped in our harbor,” he said.

“If the Mexican Navy were in the harbor, we would be informed ahead of time by the Department of Defense or Homeland Security,” Himmel added.