Two leaders of a Virginia Beach-based naval special warfare unit currently deployed to Africa have been suspended from their overseas... 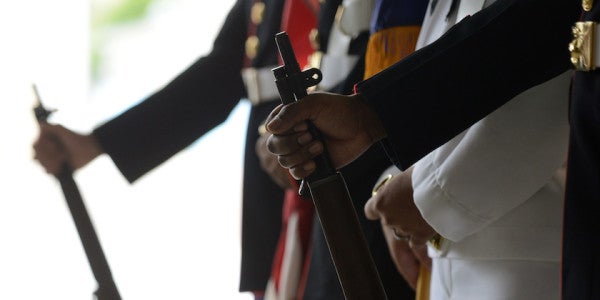 Two leaders of a Virginia Beach-based naval special warfare unit currently deployed to Africa have been suspended from their overseas duties while the Navy investigates allegations of sexual misconduct, Lt. Jacqui Maxwell, a spokeswoman for Naval Special Warfare Group 2, said.

Air Force Maj. Gen. J. Marcus Hicks, commander of special operations in Africa, suspended the team’s commanding officer and the command master chief, the senior enlisted sailor, on Thursday, Maxwell said. They have not been relieved of command.

Maxwell declined to identify the personnel or detail the allegations.

A spokesperson for the Naval Criminal Investigative Service could not be reached.

The personnel were assigned to a unit advising and assisting in operations against violent extremist operations in East Africa, primarily al-Shabab and the ISIS in Somalia, Maj. Casey Osborne, a spokesperson for Special Operations Command Africa, said.

“General Hicks directed both individuals to return to their home station for further adjudication regarding the allegations,” Osborne said in a statement.

The suspension, first reported by ABC News, came a week after the Navy announced that it was kicking out 11 members of a Virginia Beach-based special warfare unit after they tested positive for drug use. The members included 10 SEALs and one member of their support personnel.