Navy Secretary Richard Spencer resigned on Sunday at the request of Defense Secretary Mark Esper over "his lack of candor over conversations with the White House involving the handling of Navy SEAL Eddie Gallagher," Chief Pentagon spokesman Jonathan Hoffman said in a statement 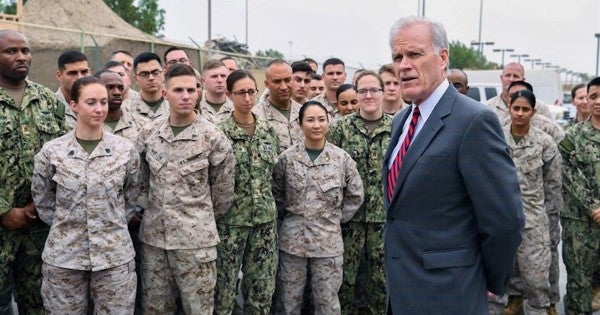 Navy Secretary Richard Spencer claims that President Donald Trump's demand that the service preserve the trident of Navy SEAL Eddie Gallagher fundamentally undermines good order and discipline, according to a copy of his resignation letter obtained by Task & Purpose.

Spencer resigned on Sunday at the request of Defense Secretary Mark Esper over “his lack of candor over conversations with the White House involving the handling of [Gallagher],” Chief Pentagon spokesman Jonathan Hoffman said in a statement.

The Washington Post first reported that Esper asked Spencer to resign after learning that he had promised White House officials that Gallagher would retire with his trident if they did not interfere with the service's planned review board.

In his resignation letter, Spencer claimed that at the core of his resignation is a fundamental disagreement with Trump over the handling of Gallagher's trident and their respective interpretations of “good order and discipline.”

“The rule of law is what sets us apart from our adversaries,” Spencer wrote. “Good order and discipline is what has enabled our victory against foreign tyranny time and time again.”

“Unfortunately, it has become apparent that in this respect, I no longer share the same understanding with the Commander in Chief who appointed me, in regards to the key principle of good order and discipline,” he continued. “I cannot in good conscience obey an order that I believe violates the sacred oath I took in the presence of my family, my flag and my faith to support and defense the Constitution of the United States.”