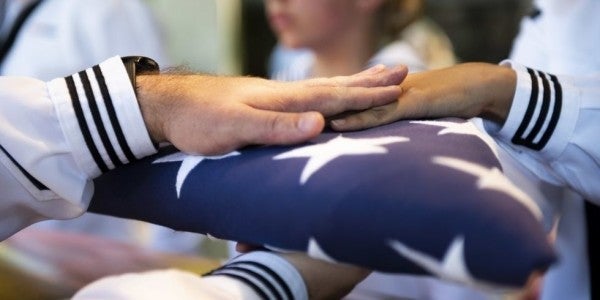 No motive is yet known for last week's Pearl Harbor Naval Shipyard shooting tragedy, which appears to have been a random act of violence in which the sailor who fatally shot two civilian workers and himself did not know them and did not plan his actions ahead of time, shipyard commander Capt. Greg Burton said in an “All Hands” message sent out Friday.

Machinist's Mate Auxiliary Fireman Gabriel Antonio Romero of San Antonio, an armed watch-stander on the attack submarine USS Columbia, shot three civilian workers Dec. 4 and then turned a gun on himself while the sub rested in dry dock 2 for a major overhaul, the Navy said.

“The investigation continues, but there is currently no known motive and no information to indicate the sailor knew any of the victims,” Burton said.

Burton said Romero, 22, who is not identified by name in the email sent to shipyard workers, did not appear to have a history of violent behavior.

“He had not been to court martial and was not facing non-judicial punishment,” Burton said. “Based on a review of records, he had not been scheduled for nor taken any anger or stress management classes.”

Romero had only been counseled for tardiness, sources said. Burton confirmed that Romero used an M-4 rifle and 9 mm pistol in the shooting.

“We may never fully know everything that happened,” Burton said in the email addressed to the “shipyard ohana.” “However, there are some initial reports that I have received and as I have promised, will share with you what I have learned.”

Burton said that “stakeholders” have begun implementing changes and reviews to ensure the shipyard force of over 6,000 is safe and sailors are receiving care.

“Submarine Force, U.S. Pacific Fleet shared that all of its submarine commanding officers have reviewed the screening of each qualified watchstander who is authorized to carry weapons and has reiterated the need for supervisors to continuously assess the fitness for duty of their sailors to ensure they identify and address those who pose risk.”

Agustin, a retired Hawaii Army National Guard staff sergeant, was deployed twice — once to Afghanistan and once to Kuwait — as an aviation maintenance specialist.

A third worker, shipyard apprentice Roger Nakamine, 36, was wounded but has since been released from The Queen's Medical Center. The Associated Press reported that the shooting transpired in a 23-second span and that Romero was dead when authorities arrived.

About 1,000 shipyard workers gathered at dry dock 2 Friday for a blessing by a kahu and to offer lei in memory of the fallen.

In his All Hands message, Burton also said Pacific Fleet submarine force officers met with all of their supervisors who assign watches “and emphatically reinforced the high expectations and standards required of watchstanders.”

He added, “Watchstander supervisors are under a clear and unwavering directive to talk with and perform frequent informal checks of their watchstanders especially before they assume the watch each day.”

Romero reported to the USS Columbia on June 28, 2018, according to Joint Base Pearl Harbor-Hickam. The 360-foot Los Angeles-class sub entered dry dock 2 at Pearl Harbor in October for a two-year overhaul.

The 2:30 p.m. shooting took place not at the dry dock, but a bit away from it near a couple of buildings, sources said.

Bryan Clark, a former submariner now with the Center for Strategic and Budgetary Assessments, said it's common to have a “topside watch” on a submarine that's armed to protect the ship when in port.

Normally, armed sentries will be on top of the boat and on the pier to check identification. “Depending on your proximity to an outside (harbor) barrier, and depending on the threat situation, you may or may not issue different weapons to your topside watch-standers,” said Clark, who served on four different submarines during his Navy career. “So it's not surprising at all that he might have an M-4 and 9 mm.”

The shooting comes amid sporadic submarine watch-stander suicides at both Pearl Harbor and elsewhere.

The Hawaii-based submarine USS Chicago had two suicides in recent months, including one involving a watch-stander, sources said.

In 1995, 21-year-old Fireman Apprentice Dennis O'Brien shot himself with his .45-caliber service pistol while standing watch atop the submarine USS Los Angeles in Pearl Harbor. His family later said O'Brien was placed in a difficult situation by the Navy, which was pressuring him to reveal names of sailors who had been part of an illegal hazing ritual.

A junior sailor on the submarine USS Missouri in 2017 died from a self-inflicted gunshot from his issued 9 mm service pistol while he was on watch and the sub was in port at Naval Submarine Base New London, Conn., according to the Navy Times.

Clark said armed watch-stander suicides have been a problem episodically in the Navy and other services as well.

“You give somebody a loaded weapon and put them in a situation where they may be by themselves for a long time, and if they have underlying emotional problems, they have the means and the opportunity to commit suicide,” he said.

Navy Personnel Command said that although some suicides are planned, the majority of suicides and attempts occur within an hour of a crisis and are impulsive reactions to stress.

Shane Curry wrote on a Facebook page for submariners following the shipyard shooting that he felt for both Romero and the workers.

“Yard periods are extremely stressful,” especially with a command of “over-zealous cleaning Nazis,” he said. “Of all three boats I've been on, every single time a guy lost it, it was during a yard period.”

But Clark disagreed that yard periods are extra stressful for submariners in general.

“It's very episodic, and it's very narrowly limited to the people busy” preparing systems to be worked on by shipyard workers, he said. The crew “does spend a lot more time cleaning, training and doing restoration of systems or taking down systems to support the shipyard,” he said.

Burton, the shipyard commander, noted that shipyard workers have concerns related to safety and security, and said he is “fully committed to providing more information in the coming days. I know that psychological safety is an important part of our overall safety.”