The U.S. Navy has not only been challenging China in the South China Sea, but it has also been making memes about it 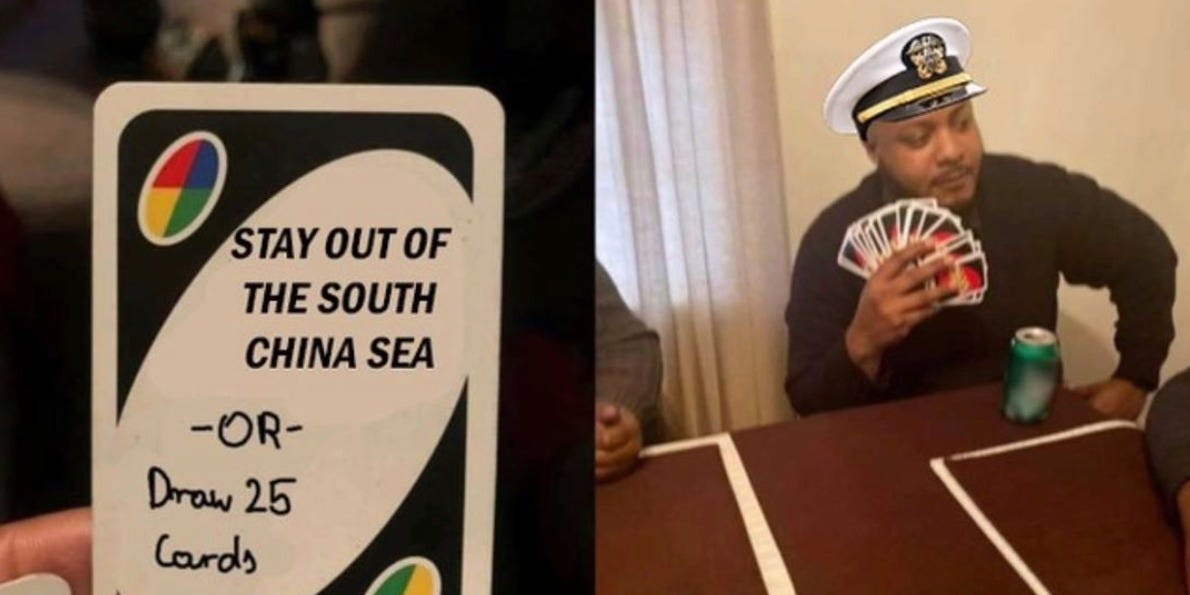 The U.S. Navy has not only been challenging China in the South China Sea, but it has also been making memes about it.

The Navy's official Instagram page is filled primarily with cool shots of the Navy doing its thing, pictures of sailors, ships, subs, and various aviation assets, but scattered throughout is the occasional meme — several of which center on the disputed South China Sea.

The South China Sea has long been a hot spot, but tensions between the U.S. and China have risen again lately, especially as the powers trade barbs on responsibility for the novel coronavirus (COVID-19) pandemic.

Related: The US is officially rejecting Beijing's 'predatory' claims to most of the South China Sea

On Tuesday, following the release of a U.S. State Department statement officially rejecting many of China's sweeping claims to the South China Sea and condemning its efforts to enforce its will, the Navy destroyer USS Ralph Johnson conducted a freedom-of-navigation operation in waters near the Spratly Islands.

The latest patrol, which challenged China and some other claimant states, was one of at least six Navy FONOPs in the contested South China Sea this year and the third such operation Navy ships have carried out near the Spratlys. Other Navy operations have taken place near the Paracel Islands.

After the latest FONOP, U.S. Navy released the following meme on its Instagram page.

The day after the July 4 dual carrier operations, the Navy made a meme about its activities:

China's foreign ministry criticized the carrier exercises, accusing the U.S. of flexing its muscles to “undermine the peace and stability in the South China Sea.”

The Global Times, a nationalist Chinese tabloid, argued in a post that the “South China Sea is fully within the grasp of the Chinese People's Liberation Army,” and “any US aircraft carrier movement in the region is solely at the pleasure of the PLA.”

The Navy responded that it was “not intimidated” and that the carriers were there “at our discretion.”

Back in February, the Navy revealed that a Chinese destroyer used a weapons-grade laser to target a U.S. Navy P-8 maritime reconnaissance aircraft in the Pacific. In an original meme put out the next day, the U.S. Navy warned China “you don't want to play laser tag with us.”

Beijing has repeatedly pushed back against U.S. military activities in the South China Sea, as well as other parts of the Pacific.