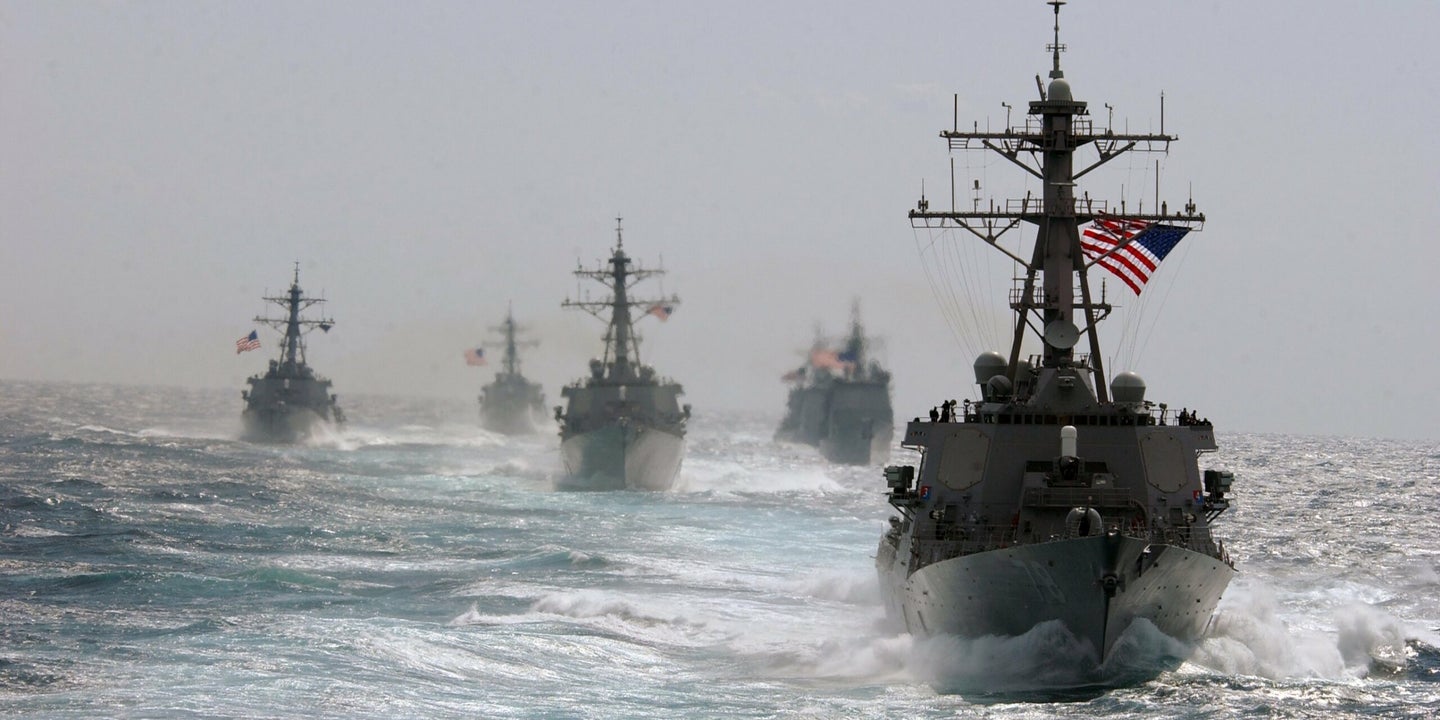 The U.S. Navy sent two guided-missile destroyers to challenge China in the South China Sea, and Beijing is outraged.

The purpose was to “challenge excessive maritime claims and preserve access to the waterways,” as well as to show that the US “will fly, sail, and operate wherever international law allows,” Cmdr. Clay Doss, a U.S. Navy 7th Fleet spokesman, told CNN.

China's claims to the South China Sea were largely discredited by an international arbitration tribunal three years ago. Beijing rejected the ruling and the authority of the tribunal.

The Chinese military has since bolstered China's military presence in the region through the deployment of surface-to-air missiles, anti-ship missiles, jamming technology, and other defense systems to Chinese-occupied territories in the region.

Monday's sail-by is the second U.S. freedom-of-navigation operation in the South China Sea this year. In January, the destroyer USS McCampbell sailed challenged China's claims to the Paracel Islands.

China accused the US of trespassing, and Chinese media announced that it had deployed “far-reaching anti-ship ballistic missiles” (the DF-26) “capable of targeting medium and large ships.”

The U.S. has also sailed warships through the Taiwan Strait, drawing Beijing's ire.

During a South China Sea freedom-of-navigation operation in September, a Chinese destroyer challenged a U.S. vessel to a showdown, forcing the U.S. Navy ship off course and risking a potentially deadly collision.

The Chinese foreign ministry said that the People's Liberation Army Navy sent vessels to track the U.S. warships sailing near the Spratlys and warn them to leave the area.

The US Navy, however, has stressed that it's not going anywhere. “We've got big interests there, so we're going to remain there,” Admiral John Richardson, Chief of Naval Operations, said recently.