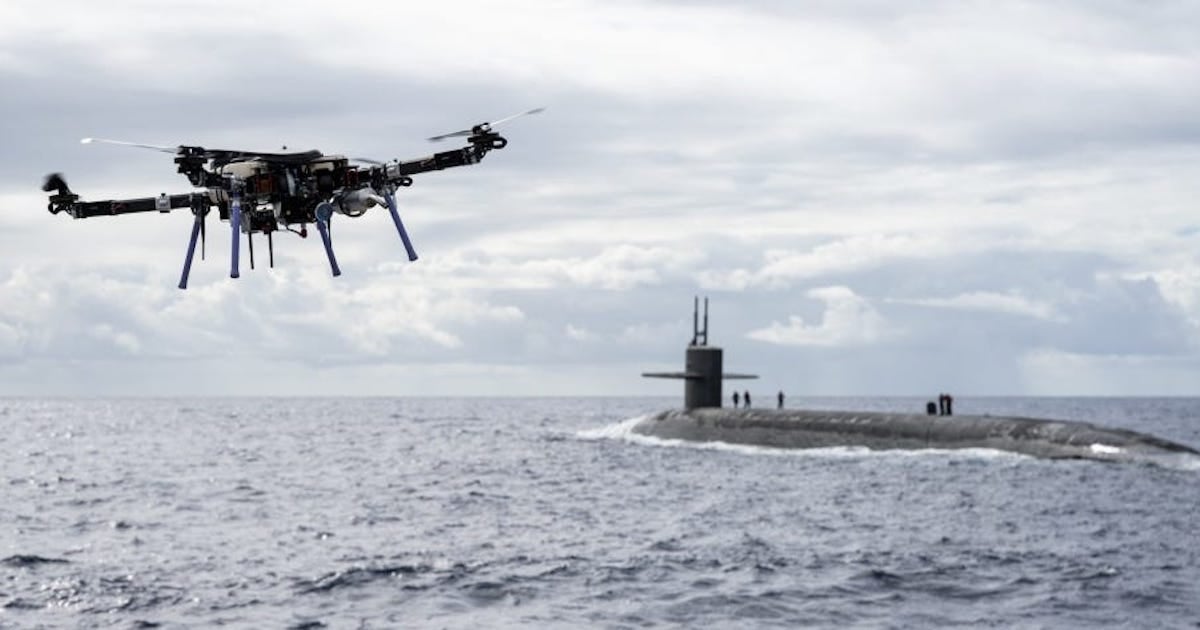 The Navy posted a few photos and a video of the experiment, which was conducted on Monday somewhere near the Hawaiian Islands in the Pacific, but details are few.

A short caption for the imagery provided by the Navy explained only that the experiment “was designed to test and evaluate the tactics, techniques, and procedures of U.S. Strategic Command’s expeditionary logistics,” the aim being to “enhance the overall readiness of our strategic forces.”

The drone in the experiment, a quadcopter carrying a small payload, was piloted by electronics technicians on a separate vessel.

The Navy did not identify the payload delivered to the submarine. It was small, so it is unlikely that it was food or ammunition. As The War Zone, which first reported the recent test, notes, the basic concept seems like a workable solution for the delivery of medical or emergency supplies, or even messages or intelligence.

Last summer, the US Navy conducted an experiment in which an MH-60S Seahawk helicopter dropped a message on the deck of the amphibious assault ship USS Boxer, reviving a World War II-era tactic that involved Navy pilots flying low and slow over ships and dropping bean bags with messages inside.

“The purpose of the bean-bag drop was to show timely pilot-to-ship communication can be done without electronic transition,” an officer explained in a Navy statement.

Helicopters and drones offer potential communication alternatives in radio silence situations, or in situations where ship-to-ship communications are disrupted due to jamming or other interference.

The day after the drone experiment, the Navy conducted another test, one in which an MH-60R Seahawk helicopter delivered a larger unidentified payload to the Henry M. Jackson, one of the Navy’s oldest ballistic missile submarines.

This past summer, the Ohio-class sub achieved a milestone, completing its 100th strategic deterrent patrol, an achievement that few other ballistic missile submarines have achieved.

Ballistic missile submarines, known as SSBNs or boomers, are the most survivable nuclear platforms, making them a cornerstone of U.S. strategic nuclear deterrence. It is a role these vessels have maintained since the 1960s.