Once again, the Navy will have USS Barb in the fleet 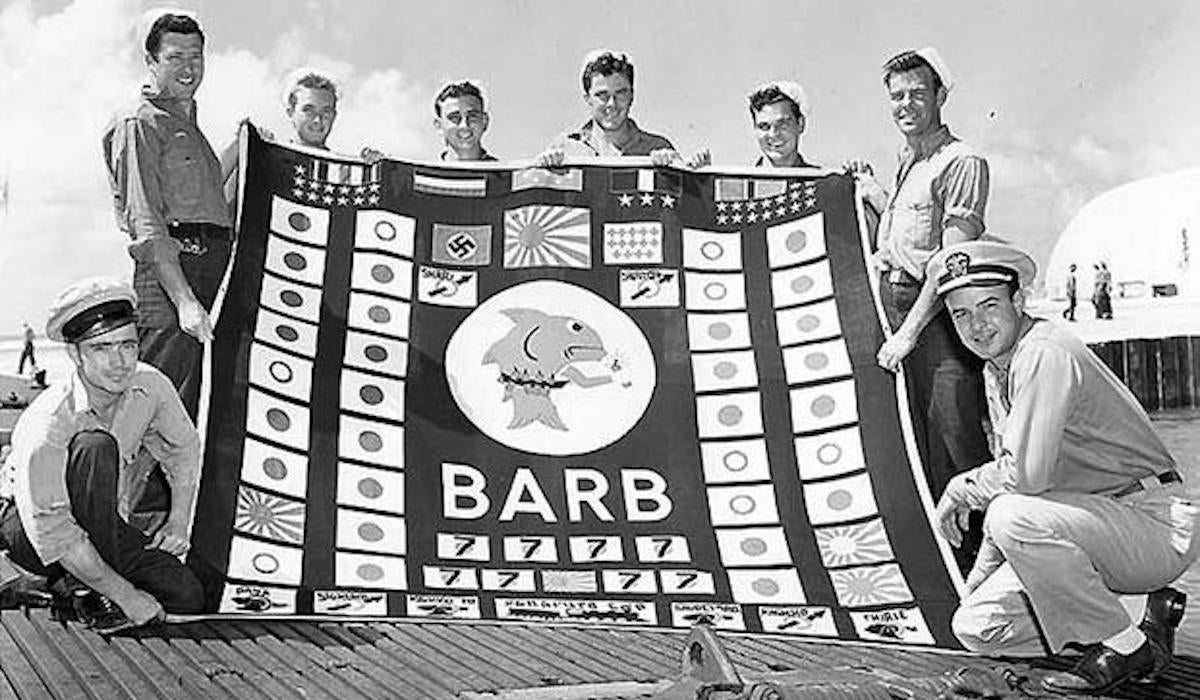 Once again, the Navy will have USS Barb in the fleet.

On Tuesday, Navy Secretary Kenneth Braithwaite announced the names of two new vessels: the John F. Lehman, a future guided-missile destroyer named for the 65th SecNav; and the Barb, a future Virginia-class submarine named for a sub with the distinction of sinking the most tonnage of Japanese shipping during World War II — including an aircraft carrier.

The original Barb, commissioned in 1942, would carry out 12 patrols over the course of the war, to devastating effect on the enemy. On her 11th patrol alone, she sank four Japanese commercial ships and a number of other small vessels and executed a harrowing torpedo launch off the coast of China, maneuvering back to safety through mined and rocky waters.

On Sept. 17, 1944, the Barb sank the Japanese carrier Un’yō, just a day after rescuing 14 British and Australian prisoners of war from the Japanese cargo ship Rakuyō Maru.

In July 1945, the Barb would claim its final conquest: not a ship at all, but a railroad train. Fluckey sent eight men from the surfaced sub under cover of darkness to go ashore on Karafuto, Japan. They embedded a nearby train track with explosives and raced back to the Barb as the bombs detonated, shooting train car pieces and debris 200 feet in the air. The Barb’s battle flag featured a train in honor of this exploit.

The Barb is actually the third of its name. Following the decommissioning of the original Barb in 1947, another was commissioned in 1963, serving in Vietnam and then becoming a test platform for the new Tomahawk cruise missile.

Lehman, the destroyer’s namesake, served under President Ronald Reagan. A former Navy captain, Lehman as SecNav pushed for a 600-ship Navy fleet — a legacy relevant to today as service leaders advocate to grow the fleet to 500 ships.

“[Lehman’s bold maritime strategy to surge U.S. naval power into the Soviet maritime domain sent a strong signal to the Soviet Union that President Reagan’s ‘peace through strength’ motto was no empty phrase, thus hastening the end of the Cold War,” Navy officials said in a news release. “He also paved a path to engagement with China, leading to the first U.S. ships entering Chinese waters in more than 30 years.”

In the announcement, Braithwaite said both ship names carry a great legacy that will inspire those in uniform.

“These naval combatants, and many others named after historic leaders and battle-tested namesakes are one of the key components of our great Naval culture and heritage,” he said. “The other is the men and women who volunteer to serve this great nation above self, adding to the fabric of honor, courage and commitment which guides our great Navy each and every day.”

Both future ships await construction; their commissioning dates are yet to be determined.