The subs were among a Navy contingent, including a total of six vessels and 2,400 sailors, that spent Mardi Gras 1963 in the Crescent City 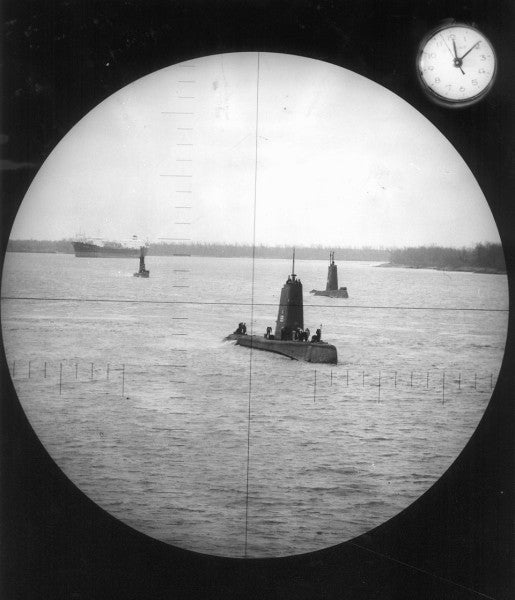 Every once in a while, we run across a photo in The Times-Picayune archives that's so striking that it begs a simple question: “What in the name of Momus Alexander Morgus is going on in this New Orleans photograph?” When we do, we've decided, we're going to share it — and to attempt to answer that question.

What it's not: An enemy invasion of New Orleans.

What it is: Three U.S. Navy submarines — the USS Sea Poacher, the USS Grenadier and the USS Threadfin — wind their way up the Mississippi River toward New Orleans, as seen through the periscope of another sub, the USS Tirante. Based at the time out of Key West, Florida, the subs were among a Navy contingent, including a total of six vessels and 2,400 sailors, that spent Mardi Gras 1963 in the Crescent City.

The submarines were accompanied by the USS Lexington, an aircraft carrier based in Pensacola, Florida, and described by local newspapers as the largest ship ever to dock in New Orleans to that point; and the USS Orleans Parish, a minesweeper based then at Charleston, South Carolina.

The Orleans Parish (see photo below), also known as LST 1069, served as a tank landing craft during World War II, after which she was converted into a minesweeper, serving for a time as the flagship of Mine Squadron 8. She was eventually decommissioned in 1966 and sold to the Philippines government in 1976.

All six vessels berthed at wharves along the New Orleans riverfront the weekend before Mardi Gras and were opened daily to the public. During the ships' local visit, 40 local high school students — from Easton, East Jefferson West Jefferson, Behrman and Nicholls high schools — boarded the Threadfin for a brief excursion, including a dive beneath the surface of the Mississippi.

Five of the vessels departed on Ash Wednesday, with the Grenadier leaving four days later.

The USS Orleans Parish, also known as LST 1069, was a U.S. Navy vessel used as a tank landing craft in Wolrd War II. It was later assigned to minesweeper duty before being decomissioned in 1963 and sold the government of the Philippines. Photo via U.S. Navy

SEE ALSO: The Navy Hopes 'Hunter Killer' Does For Submariners What 'Top Gun' Did For Pilots