The Navy’s four public shipyards, including Norfolk Naval Shipyard in Portsmouth, are in such bad shape that they are not... 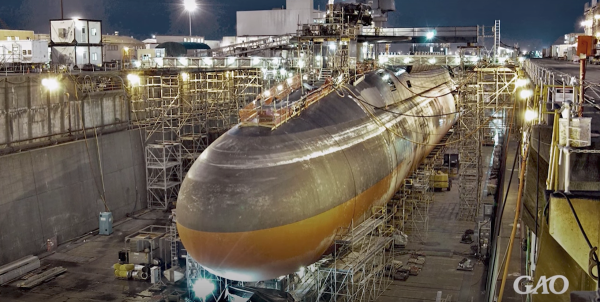 The Navy’s four public shipyards, including Norfolk Naval Shipyard in Portsmouth, are in such bad shape that they are not fully meeting the Navy’s operational needs, the U.S. Government Accountability Office said in a sharply critical report released Tuesday.

“Navy data show that the cost of backlogged restoration and maintenance projects at the shipyards has grown by 41 percent over five years, to a Navy-estimated $4.86 billion, and will take at least 19 years (through fiscal year 2036) to clear,” the GAO stated.

While the Navy committed to more capital investment and developed an improvement plan in 2013 to turn the situation around, “the shipyards’ facilities and equipment remain in poor condition,” according to the GAO, Congress’ watchdog agency.

In response to a July 27 draft of the report, the Defense Department concurred “with the overall findings of the report, but we also note that the Navy is well aware of the need to improve the conditions at our shipyards and supplemented the 2013 facilities plan with a proactive analysis of dry-dock utilization, vulnerabilities, and projected future capacity to support new platforms.”

All built at least a century ago, the yards were designed to deal with vessels from other eras – reducing their efficiency in handling modern nuclear-powered vessels, the report states.

Norfolk Naval Shipyard, which turns 250 this year, is the oldest.

Though the four yards are capable of repairing and modernizing surface combatant vessels such as cruisers and destroyers, they focus primarily on the 10 aircraft carriers and 70 submarines that as of June were part of the Navy’s 276-ship fleet.

A four-minute video posted along with the GAO’s report showed an array of images depicting aging, deteriorating facilities, including rags stuffed into a hydraulic press to catch leaking fluids and bullet holes from the Japanese attack on Dec. 7, 1941, still peppered across a wall on a structure at the Pearl Harbor yard.

One anecdote cited a furnace used at Norfolk Naval Shipyard since 1931 to heat-treat submarine parts, enabling them to withstand deep-sea pressure.

Two years ago, the GAO reported, workers at the yard discovered that the furnace did not heat parts evenly or to the right temperature.

The Navy shut the furnace down but had to reinspect 10 years’ worth of submarine repairs, according to the report.

The report singled out as a particular concern the 18 dry docks split among the four yards that on average are about 89 years old. The oldest now in use was completed in 1891 and the newest completed in 1962.

“Aging drydocks pose risks to the shipyards’ ability to perform their depot repair mission uninterrupted and ultimately to the Navy’s ability to provide required aircraft carrier and submarine presence to combatant commanders,” the GAO stated.

Drydock 1 at Norfolk Naval Shipyard, built in 1833, was not included in the average-age calculation because “it is not capable of supporting maintenance on nuclear-powered aircraft carriers or submarines.”

According to a 2017 Navy draft study, “the current capacity and capability of the shipyards’ drydocks will not support future operational needs,” the report states.

That estimate only includes maintenance periods lost due to dry dock issues for the planned fleet of 11 carriers and 70 submarines through fiscal year 2040, not including other factors that can contribute to missed maintenance periods.

Among the unique issues cited for Norfolk Naval Shipyard – which has five dry docks – is its vulnerability to flooding.

“According to the Navy, the shipyard’s drydocks were not designed to accommodate the threats posed by the increased intensity and frequency of severe weather and sea-level rise,” the report states.