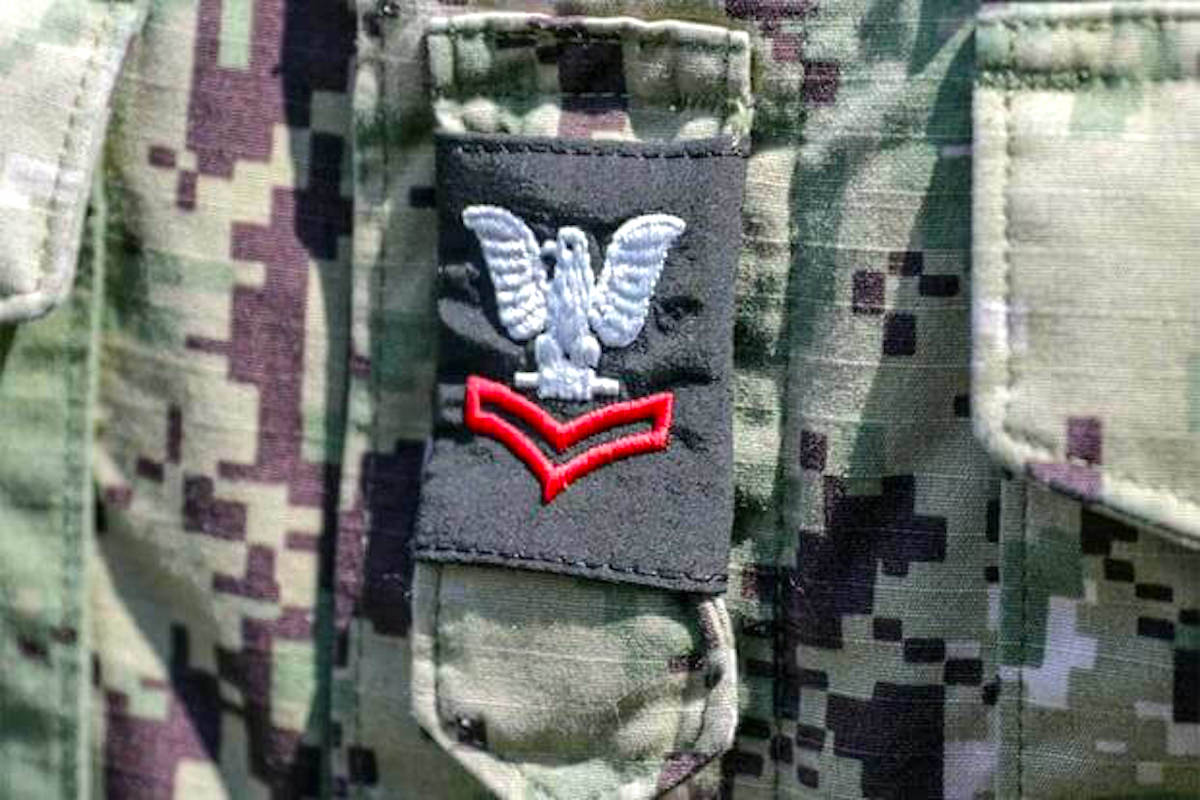 The Navy approved new rank tabs that will better stand out against woodland camouflage after sailors complained about having to stare at each other’s chests to discern their shipmates’ pay grades.

“Your concerns have been heard,” Navy Personnel Command posted when introducing the new policy on Friday. “The Navy has now authorized a new and more recognizable rank tab for optional wear.”

The policy OKs the cold-weather parka rank insignia for optional wear with the Navy working uniform items. The red, silver or gold rank insignia are sewn onto black rectangles, which will help them stand out against the woodland camouflage pattern.

The camo version remains authorized for regular wear, and in some cases will still be required.

“Camo must be worn in tactical and training environments when camouflage protection is needed,” Navy Personnel Command noted on Friday.

The change, Chief of Naval Personnel Vice Adm. John Nowell wrote in a service-wide message, is based on feedback from the fleet. Last year a sailor told Nowell and other personnel leaders during a town hall event that the placement and look of the camouflage tab led to awkward unintended consequences.

“I am uncomfortable staring at a female’s chest to see her rank,” the sailor said. “It’s hard to identify even from just a few feet away. … Why can’t we go back to ranks on eight-point covers or somewhere different on the uniform blouse?”

The Navy replaced rank insignias on covers with the anchor, constitution and eagle to align with the Marine Corps‘ working uniform, which features the eagle, globe and anchor. Fleet Master Chief Wes Koshoffer, with Manpower, Personnel, Training and Education, told the sailor during the 2019 town hall the Navy wasn’t ready to add the rank insignia back to covers, but leaders were considering a color or position change.

“We hear you about the uncomfortable gaze and we hear you on the visibility issue,” he said.

Navy personnel can immediately swap the camouflage rank tab for the cold weather one on their working uniforms. The back of the cold weather rank insignia has a loop that can attach to the uniform.

“Slide the insignia right side up on the rank tab of the NWU Type III parka, black fleece liner and shirt rank tab,” the message from Nowell states.

Sailors with feedback or recommendations on other uniform policies can provide their comments on the MyNavy portal or the MyNavy uniforms app.