Michael R. White, a 46-year-old veteran of the U.S. Navy from Imperial Beach, California, has been held in Iran since traveling there this summer, his family said 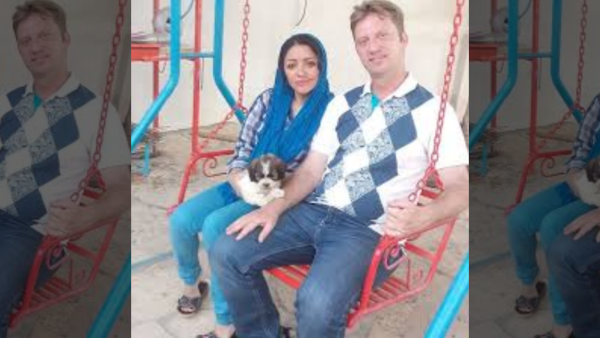 Michael R. White, a 46-year-old veteran of the U.S. Navy from Imperial Beach, California, has been held in Iran since traveling there this summer, his family said.

White's mother, Joanne, told Iranwire, an online news site run by Iranian expatriates, that her son was to leave Iran via the United Arab Emirates on July 27 but never boarded his flight. White said her son had visited the country “five or six times” to see his girlfriend.

White said she did not know if any charges had been filed against her son, though she told The New York Times that before his visit, he had chemotherapy and radiation treatment for a neck tumor and that he has acute asthma.

“All I know is that he is alive and they were putting in a request for a consular visit by the Swiss,” she told Iranwire, which spoke to two other former prisoners in Iran who said they had encountered White while incarcerated in the city of Mashhad. (Switzerland often represents U.S. interests in Iran, because the U.S. does not have official diplomatic relations with Iran.)

White told The New York Times that she had filed a missing persons report after her son failed to return from the trip. She had been in contact with the State Department and the Department of Homeland Security about the case but only learned in December that he was in an Iranian prison.

The State Department told The Times that it was aware of reports of White's detention but offered no additional information “due to privacy concerns.”

In addition to White, Iran is also known to be holding Xiyue Wang, an American graduate student. Wang had been held for almost a year before Tehran disclosed his detention. The U.S. has also asked Tehran for information about Robert Levinson, a former FBI agent who disappeared while in Iran in 2007.

Iran last released jailed Americans in January 2016, when the Iranian nuclear deal went into affect. Among the four released was Jason Rezaian, a dual Iranian-US citizen who was arrested while working as the Washington Post's Tehran bureau chief. The U.S. released several Iranians.

~d:fs
~popular_source-pageview
How The Other Half Fights
Jason Rezaian
michael r. white