Navy Warship To Be Named After Legendary Marine John Basilone

A legendary and much honored figure in Marine Corps history is slated to receive another tribute next week at Camp... 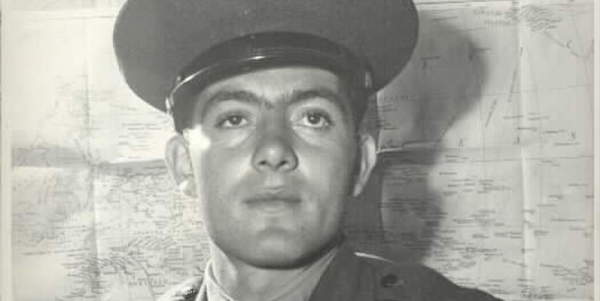 A legendary and much honored figure in Marine Corps history is slated to receive another tribute next week at Camp Pendleton.

Navy Secretary Ray Mabus is scheduled to visit the base Tuesday to speak about a future destroyer being named after the late Marine Gunnery Sgt. John Basilone.

Later that same day, he’s expected to travel to Treasure Island to announce that an upcoming Navy replenishment oiler will be named for another departed leader — gay rights activist Harvey Milk.

Basilone already had a warship named in his honor; it was an older-generation destroyer that was decommissioned in 1977.

In addition, city leaders in Raritan, N.J., erected a statue of their hometown hero in 1948. To this day, the borough holds a parade in his honor each September.

Business owners in San Diego’s Little Italy neighborhood dedicated Piazza Basilone in 2003, a public square that memorializes Basilone in a sculpted bust and pays homage to other Italian-Americans who gave their lives defending the United States.

Two years later, on the 230th anniversary of the Marine Corps founding, the U.S. Postal Service released a series of Distinguished Marines commemorative postage stamps, including an image of Basilone with the insignia of the 5th Marine Division.

Today, a stretch of Interstate 5 in north San Diego County is known as the “Gunnery Sergeant John Basilone Memorial Highway.”

Nearby, Basilone Road winds from the freeway south of San Clemente to the north entrance of Camp Pendleton.

Why all the attention paid to Basilone over the decades? He’s the only enlisted Marine to have receive both the Medal of Honor and the Navy Cross, the nation’s top two medals for combat valor.

Basilone was awarded the Medal of Honor for heroism during the World War II Battle of Guadalcanal in 1942. During that fighting, he and his badly depleted unit somehow held the line against waves of Japanese soldiers.

When shells ran dangerously low, he stole past enemy lines to replenish critical ammunition supplies until help could arrive. After the fusillade of bullets and hand grenades sputtered to a close, nearly 40 dead enemies lay sprawled across Lunga Ridge, where Basilone had staked his position. Not long after, he turned up at the medical tent to check on the wounded.

With control of Guadalcanal and its critical airfield, the Allies were able to gain a toehold within striking distance of the Empire of Japan. Equally important, the victory prevented the Japanese from disrupting the critical supply chain between Australia and the United States.

Military brass knew what they had in “Manila” John Basilone: handsome and a ready smile, not yet 26 and so-nicknamed for his constant stories about his time in the Philippines, where he had deployed during three years in the Army and was undefeated in 19 prizefights.

Basilone was promoted to gunnery sergeant and summoned stateside. He was asked to serve his country another way: marketing war bonds. Instead of navigating firefights, Basilone’s days were filled with speeches and parades. He lingered with movie stars, gave interviews for newsreels and was featured in magazines.

But Basilone, the sixth of 10 children, was less comfortable in the limelight than others. After repeated requests, Basilone was approved for transfer to Camp Pendleton, where he would train for reassignment to the Pacific theater.

He returned to war in 1945, this time to the South Pacific island of Iwo Jima.

Within hours of landing at Red Beach II in February of that year, Basilone’s unit was pinned down by Japanese soldiers attacking from inside fortified blockhouses.

He single-handedly positioned himself atop one of the bunkers and attacked with hand grenades and other demolitions. The threat was neutralized. Basilone then made his way to a nearby airfield where an American tank was trapped under a barrage of mortar fire and artillery.

He was able to guide the vehicle through an enemy minefield to safety but was struck by shrapnel and killed in action. He was 28 years old.

Basilone received the Navy Cross and a Purple Heart posthumously.