The Navy has released a timeline for its Enlisted Rating Modernization plan, which led to widespread confusion about how it... 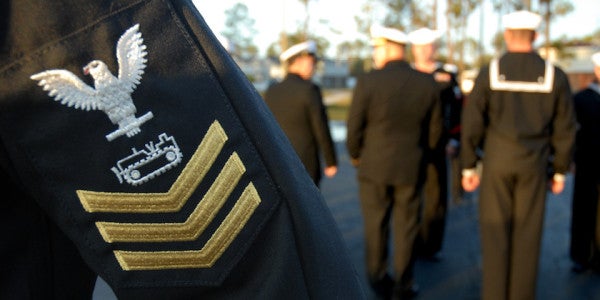 The Navy has released a timeline for its Enlisted Rating Modernization plan, which led to widespread confusion about how it would be implemented, emphasizing that changes will be phased in gradually over a number of years.

“While there is rarely a right or perfect time to roll out a plan as significant and ambitious as this rating modernization effort, I firmly believe this change needs to occur, and now is the right time to do so,” Vice Adm. Robert Burke, chief of Naval Personnel, said in a statement Sunday.

The Navy’s plan to implement these changes is a six-phase approach. Since it announced the changes late last month, the Navy has begun to implement phase one, which includes identifying cross-community occupation opportunities, career field groupings and developing links to civilian career fields.

Phase two, which sees drastic changes to the Navy’s business practices, will include reviews of and revisions to the Navy’s advancement system, recruiting, and pay processes. That phase will run through 2018.

Other changes will be reflected through updated policies and instructions, IT solutions and updated uniform insignia.

“The Navy’s working group on this project will be significantly expanded in the coming months to ensure you have a voice,” a Navy statement said. “While we have a good path forward, it will take several years to make all the changes to policies and IT systems that currently rely on rating titles and support the way the Navy does business today.”

The Navy’s recent decision to abandon its enlisted ratings system is unpopular with many sailors who feel the changes disregard centuries of the service’s history. An internet petition posted to whitehouse.gov demanding the return of the traditional rating system had more than 74,000 signatures as of Monday.

Enlisted sailors will also be addressed only by their attained military rank, similar to how servicemembers in the other military branches are recognized.

Navy Secretary Ray Mabus had ordered the review of Navy titles in January as part of the plan to open all positions to women.

Stars and Stripes reporter Chris Church contributed to this report.