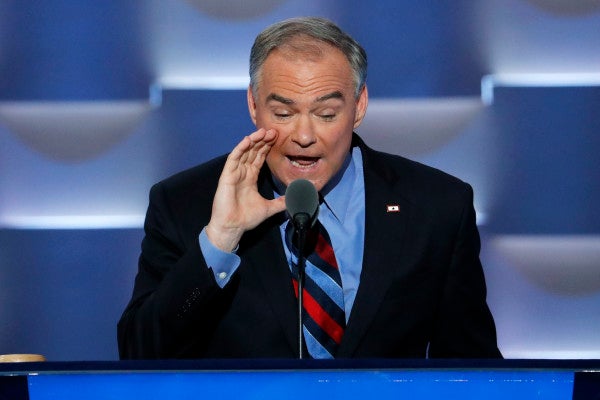 “(Tim Kaine) wears a Honduras flag pin on his jacket but no American flag,” the state party tweeted as he was speaking. “Shameful.”

There was one problem: Kaine’s pin, which had a single blue star on a white background bordered with red, wasn’t the flag of Honduras, where he spent a year as a missionary decades ago. It was the symbol for Blue Star Families, or those with members serving in the military.

In his first public speech after being named her vice presidential candidate, Kaine had referenced his pride for his son and the impending deployment.

“He is a proud Marine, and in just a few days he’s deploying to Europe to uphold America’s commitment to our NATO allies,” Kaine said in the speech. “For me, this drives home the stakes in this election.”

Ben Amey, a reporter for WNYT, caught their mistake and tweeted a correction. The person behind the GOP Twitter account thanked Amey for alerting them to the mistake in a reply after deleting the tweet, but did not apologize to Kaine for the error.

Here's a screenshot of that @NCGOP tweet about @timkaine, since they deleted it. #DemsInPhilly pic.twitter.com/LbAywwnnob