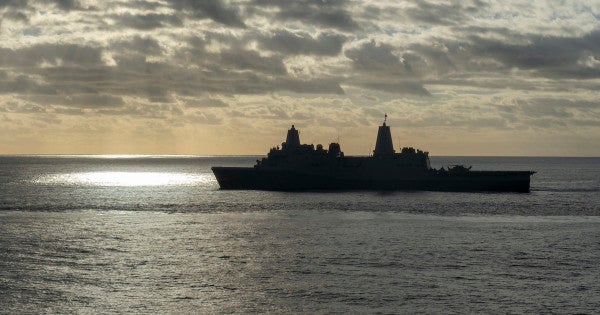 An investigation is underway aboard a Navy ship after a sailor was found dead during a stop in Spain.

A sailor assigned to the amphibious transport dock Arlington was found unresponsive on Tuesday, said Cmdr. Kyle Raines, a spokesman for U.S. 6th Fleet. The sailor was later pronounced dead aboard the ship, he added.

The person's identity has not been released, pending family notification. Navy Times is reporting the sailor was a woman.

The sailor's death is under investigation by members of the Naval Criminal Investigative Service, Raines said. No additional details were immediately available.

The Arlington was at Naval Station Rota for a regularly scheduled port visit at the time. The ship is part of the Kearsarge Amphibious Ready Group, which deployed in December.

WATCH NEXT: A Dramatic Reading Of The Navy's 'Sky Penis' Incident