Why We Need To Stop Calling The Iraq War ‘A Mistake’

In the first two 2016 presidential debates, the Iraq War has been a seemingly hot-button topic with Democratic nominee and... 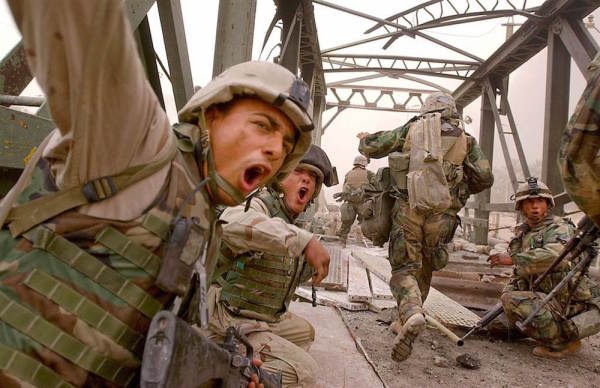 In the first two 2016 presidential debates, the Iraq War has been a seemingly hot-button topic with Democratic nominee and former Sen. Hillary Clinton and Republican nominee and business mogul Donald Trump repeatedly referring to it as a mistake that never should have happened.

But here’s the thing: It did happen, and it can’t be undone.

Oct. 16 will mark the 14th anniversary of the passage of H.J.Res.114 – Authorization for Use of Military Force Against Iraq Resolution, the resolution that authorized the Iraq invasion. And time has made it easy for the American people to forget just how much support was given to the initial cause.

Among the 50 Democratic senators in office in 2002, 29 voted yes to enter Iraq. Clinton was one of them. Overall, 297 congressmen and 77 senators made the decision that sealed the fates of 4,506 fallen American service members.

And although Trump continues to deny any proclamations of support for the war, scores of sources have debunked his claims. At best, they say, “There is no evidence Trump expressed public opposition to the war before the U.S. invaded. Rather, he offered lukewarm support.”

Whether or not Clinton or Trump supported or opposed the decision to invade Iraq in 2003, however, is irrelevant. Neither was the sole orchestrator of the war, and its failure doesn’t belong to them. But if either candidate wishes to be commander-in-chief of the U.S. armed forces, they will be entirely responsible for the service members who fought in Iraq and their families, who frankly deserve better than what we’ve seen thus far.

Hindsight is 20/20 when it comes to the Iraq War. But instead of continuously looking back and suggesting what they could have, would have, or should have done, politicians of the modern era need to start looking forward and addressing what they’re going do to ensure we don’t repeat those mistakes.

The reality is that the Iraq War was a failure — and we can never take it back — but our politicians have a duty to own that, and they need to instead be talking about how to fix the problems it left behind.

The next president will be the steward of the war’s legacy and shape how we treat the veterans who fought in its battles. And as we await the third and final debate of 2016, the national conversation about the Iraq War needs to shift away from calling it a mistake, to what we can do for the men and women who offered their lives to that failing cause, and what we’re going to do differently in Iraq when dealing with the Islamic State in the months and years to come.

The decision we made as a nation in 2002 cost our troops limbs, loved ones, and even many of their lives, and that’s a hell of a lot more to lose than an election.