‘The Punisher’ is dead 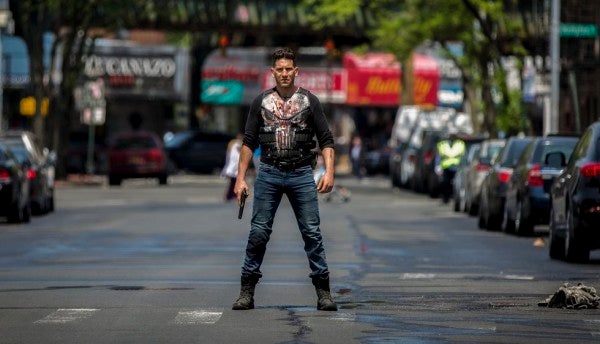 Netflix announced the cancellation of The Punisher and Jessica Jones streaming series on Monday, marking the end of the Marvel Cinematic Universe's presence on the streaming service following the earlier cancellations of Daredevil, Iron First, and Luke Cage.

“Marvel's The Punisher will not return for a third season on Netflix,” Netflix told Deadline in a statement. “Showrunner Steve Lightfoot, the terrific crew, and exceptional cast including star Jon Bernthal, delivered an acclaimed and compelling series for fans, and we are proud to showcase their work on Netflix for years to come.”

It's a shame that we'll have to bid farewell to Marvel's baddest vet after just two seasons. As Task & Purpose's James Clark previously wrote, Bernthal's portrayal of Castle resonated among military viewers more than the typical on-screen veteran.

“Beyond little snippets of dialogue, the characters' military service feels integral to their identity, rather than just a throwaway explanation for why they're all so damn good at shooting people,” he wrote. “This is particularly true for Frank Castle, whose time in the Marine Corps provides the foundation for his beliefs. It explains his rage at [Billy] Russo's betrayal, and his singular focus on the task at hand.”

Bernthal recognized that relationship in his own farewell to the series on Instagram:

WATCH NEXT: Bone Deep: The Relationship Between 'The Punisher' And The Military