The Army Is Eyeing A Newer, Lighter Ghillie Suit For Snipers 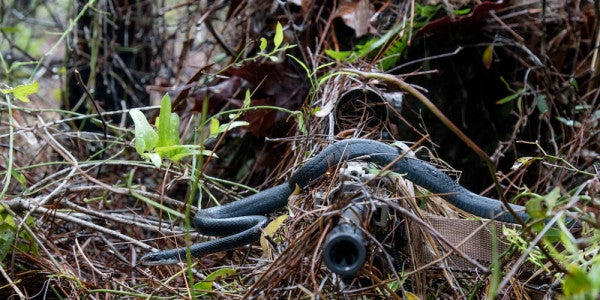 U.S. Army uniform officials are working on a lightweight, modular ghillie suit for snipers to replace the current Flame Resistant Ghillie System, or FRGS, that's known for being too heavy for hot environments.

Program Executive Office Soldier is developing the Improved Ghillie System, or IGS, a modular system that would be worn over the field uniform, Debbie Williams, a systems acquisition expert with Product Manager Soldier Clothing and Individual Equipment, said in a recent Army press release posted on PEO Soldier's website.

The IGS will consist of components such as sleeves, leggings, veil and cape that can be added or taken off as needed, Williams said.

It will also do away with the ghillie suit accessory kit, which is standard with the FRGS, she said, explaining that soldiers were not using most of the items in the kit.

The Army issued a request for proposal for the IGS on Aug. 28, according to the release.

The IGS will feature a lighter, more breathable fabric than the material used in the FRGS, said Mary Armacost, a textile technologist with PM SCIE.

The material will offer some flame-resistance, but soldiers will receive most of their protection from their Flame Resistant Combat Uniform, worn underneath the IGS, Army officials said.

If all goes well, the Army plans to buy about 3,500 IGSs to outfit the approximately 3,300 snipers in the service, as well as Army snipers in U.S. Special Operations Command, the release states.

The Army intends to conduct tests that will evaluate the new IGS in both lab and field environments during day and night conditions. A limited user evaluation is being scheduled for next spring, involving instructors from the Sniper School at Fort Benning.