A new report from the Center for a New American Security (CNAS) suggests that the Air Force should build a... 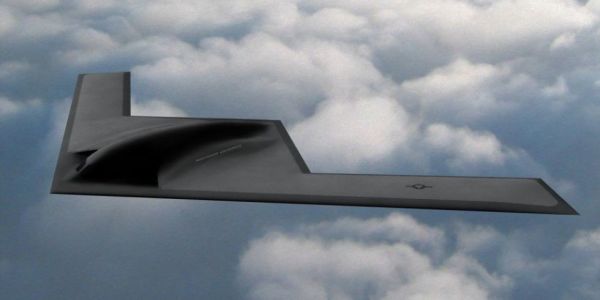 A new report from the Center for a New American Security (CNAS) suggests that the Air Force should build a minimum of 164 Northrop Grumman B-21 Raider stealth bombers.

Senior Air Force officials—who are currently reviewing the number of bombers the service will need—have testified before Congress the service might revise its planned buy of 100 B-21 strategic bombers upwards only to later walk those suggestions back.

“When considering theoretical requirements of up to 200-plus bombers to prosecute a penetrating strike mission against a great power such as Russia or China, it is better to err on the side of caution and maintain a healthy complement (24) of backup and attrition aircraft,” report authors Jerry Hendrix, CNAS director of defense studies and Air Force Lt. Col. James Price wrote.

“Taken together – 120 combat-coded bombers, 20 trainers, and 24 planes for backup and attrition planning purposes – the minimum buy would be 164 aircraft.”

Based on the need to fill out 10 squadrons of 12 aircraft each for 10 Air Expeditionary Force wings, the Air Force would need a total of 120 combat-coded B-21 bombers.

“While each AEF comprises an assortment of tactical, strategic, and logistical aircraft, the current Air Force force structure is unable to meet the requirement to supply each AEF with one bomber squadron made up of a minimum of 10 and optimally 12 bombers,” the authors wrote.

“Should one deploying squadron rob another of its aircraft to meet requirements, the robbed aircraft will not be available for scheduled maintenance and training evolutions of the home-based AEF. Such conditions also create the accelerated demise of the force as the smaller numbers of aircraft are used at ever-increasing rates. Therefore, it is important to establish a baseline of 12 combat-coded bombers per squadron, and 10 squadrons to fill out the 10 AEFs, resulting in a minimum requirement of 120 combat-coded bombers.”

But even 120 combat-coded bombers would get the United States part way to a force that could conduct a full-scale air war against the Russian Federation.

“An air campaign against Russia is projected to last 180 days at a minimum and would require nearly 260 bombers,” the authors wrote.

“Today the Air Force has fewer than 100 combat-coded bombers, well shy of the levels required to respond to two regional conflicts simultaneously.”

The CNAS study more or less directly mirrors earlier Congressional testimony from senior Air Force leaders. Testifying before the House Armed Services Committee on May 25, Lt. Gen. Arnold W. Bunch Jr., military deputy, Office of the Assistant Secretary of the Air Force for Acquisition, said that 100 B-21 bombers is the floor of the Air Force requirement.

“It’s not just a hundred to go do missions,” Bunch told the House Armed Services Committee on May 25.

“It’s at least a hundred to do all the training, to do the depot maintenance.”

The Air Force also agreed that the service might need as many as 258 B-21 bombers in the nightmare scenario of a war with the Russian Federation.

“We do agree that probably 165 bombers is what we need to have.”

In the days following the Bunch and Harris testimony, Air Force Secretary Heather Wilson and the service’s chief of staff Gen. David Goldfein would later walk those suggestions back in their Congressional testimony, saying that the Air Force needs 165 bombers in total. However, it is still possible the Pentagon’s National Military Strategy review might revise the number of bombers upwards. Only time will tell.