New Documentary Explores The Question, What Makes A Hero?

David Botti’s BBC documentary “What Makes a Hero” captures the disconnect between veterans and civilians, the culture of guilt created... 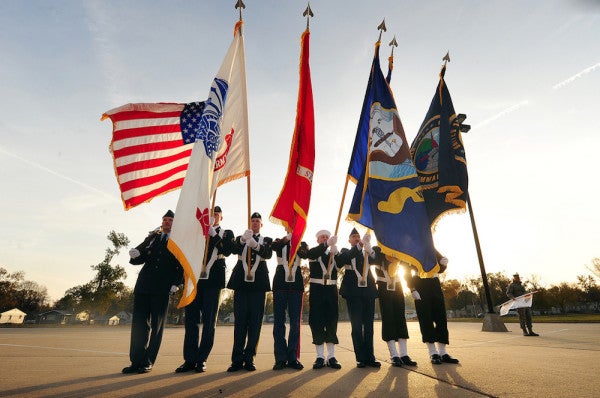 David Botti’s BBC documentary “What Makes a Hero” captures the disconnect between veterans and civilians, the culture of guilt created by service members, and the subsequent need to laud them as heroes.

There has been much controversy lately surrounding the word “hero” as a term used to describe veterans. Botti’s documentary suggests that this need to honor the troops comes from civilians who feel indebted to the men and women “heroes” who have served.

Many of the veterans interviewed within the film suggest that acknowledging their roles as heroes to the public is something that makes them feel uncomfortable or awkward because the intent to be a hero is not always the goal when serving in the military.

Recently, the appreciation for America’s service members and veterans has increased from a place where service used to go entirely unacknowledged, according to Karl Marlantes, a Vietnam War veteran interviewed in the film.

He suggests that while it is a good thing we recognize veterans for their service, “the pendulum may have swung just too far; now everyone is a hero.”

He adds, “I’d be embarrassed if someone called me a hero just for joining the Marine Corps.”

A part of the documentary suggests that the public views services members and veterans almost through a mythological lense, and one expert likens them to Achilles and Socrates. The attributes of strength, self-sacrifice, and greatness are all characteristics of Greek heroes, but they are also things that the average American expects of its veterans.

Botti also interviewed several veteran writers who suggest that people become attached to the narrative of the hero, an aggressive, masculine, exciting story.

Brandon Willitts, an Afghanistan War veteran, says in the that when he returned he was looking for assurance that what he did was courageous and masculine, much like the perceived heroes of archetypal war stories. But what he found was the stories he clung to most were the moments of peace he found during combat.

Botti takes his analysis a step further and suggests that some veterans define heroism not just as an act of valor, but the intentions that lead you to act. The word “hero” seems to be viewed as a misappropriation by those interviewed by Botti.

Marlantes is one such veteran who found that his actions of perceived valor have haunted him. Awarded two separate medals, he feels conflicted about receiving the first because in the midst of combat he considered the possibility of acting heroically and being honored as such, whereas the second medal came as a result of fast thinking and a desire just to get his group “out of a pickle.”

“It’s your motivations that are what’s really important about heroism, more than the deed itself,” he says in the documentary.

Whether or not other troops and veterans feel similar is not clear, but it seems less like the word “hero” is the problem, and instead it is more the divide between veterans and civilians that is an issue — their lack of understanding about what it means for veterans to serve.

One such veteran who has kept quiet about his service is congressman Seth Moulton, a Democrat from Massachusetts. While running for his seat, he made no mention of the fact that he had won two awards for valor. No one in the public or on his campaign knew he had received those honors, and when others laud him as a war hero now, it makes him uncomfortable.

The veteran-civilian disconnect, Moulton says, comes from people without a military connection looking to grasp onto something.

He suggests that instead of praising veterans as heroes, what people should do is give veterans a chance at life when they return home.

“Many veterans from our generation really balk at the term hero, saying, ‘No I was just doing my job,’” says Matt Gallagher, an Iraq war veteran and writer.

The documentary overall alludes to the notion that veterans don’t necessarily want to be perceived as heroes, regardless of their valorous actions. They want to be able to lead normal lives after they return from combat.

According to Gallagher, veterans want to be viewed as neutral — as your neighbor — instead of as one of two tropes: a broken soldier or a hero.

Watch the 20-minute documentary below.