Documents obtained by The Washington Post through the Freedom of Information Act reveal the chaos and uncertainty of a Sept. … Continued 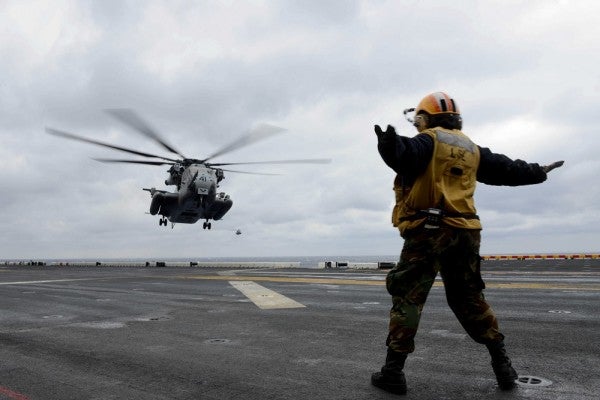 Documents obtained by The Washington Post through the Freedom of Information Act reveal the chaos and uncertainty of a Sept. 1, 2014, helicopter crash off the coast of the east African nation of Djibouti, which nearly ended in tragedy. When a CH-53E Super Stallion descended too quickly trying to land aboard the USS Mesa Verde, an amphibious ship, the helicopter’s rotor hit the flight deck, causing the aircraft to violently roll into the water, where it landed upside down.

All 25 people in the helicopter survived, rescued by inflatable boats sent from the Mesa Verde, but subsequent investigations have raised concerns about the crash and the fact that luggage and equipment was not properly tied down. The cause of the crash was found to be catastrophic engine failure, but the investigation showed the crew deviated from established policy when it failed to run through and send back a full checklist of safety requirements to the squadron’s maintenance department.

Though two Marines faced flight performance boards to determine whether they were capable of holding similar jobs in the future, no punitive action was taken against any of those involved.