This New Lego Set Will Honor 5 Amazing Women Of NASA

Lego has approved a new set of its mini figures that will honor five female NASA researchers and astronauts. One … Continued 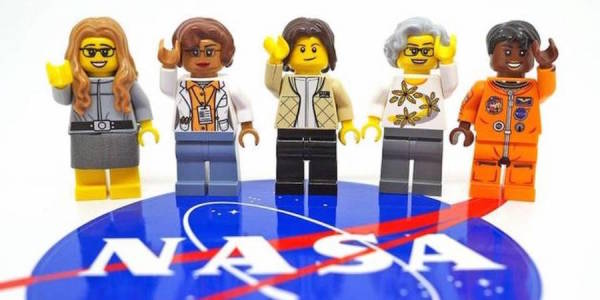 Lego has approved a new set of its mini figures that will honor five female NASA researchers and astronauts.

One of the figures is based on NASA mathematician Katherine Johnson, the inspiration of the Oscar-nominated movie “Hidden Figures.” Johnson appeared on stage with stars of the movie at the awards ceremony on Sunday.

Science editor and writer Maia Weinstock proposed the “Women of NASA” set through a Lego program that solicited ideas from the public for customized figures, according to Geekwire.

Lego announced all-systems-go on Tuesday and approved the set for production. Weinstock’s website says she is deputy editor at MIT News, the news outlet of the Massachusetts Institute of Technology.

Thrilled to finally share: @LegoNASAWomen has passed the @LEGOIdeas Review and will soon be a real LEGO set! https://t.co/rcyjANsVD9 pic.twitter.com/b9OVx5UBaL

The other four women included in the set will be: Margaret Hamilton, 80, a computer scientist from MIT who developed the on-board flight software for the Apollo moon missions; Mae Jemison, 60, the first African-American woman in space in 1992; the late Sally Ride, the first American woman in space in 1983, and astronomer and NASA exec Nancy Grace Roman, 91, known as “Mother Hubble” for her work in planning the Hubble Space Telescope.

Lego is still working out the final product design, pricing and availability, company officials told Geekwire. More details are expected later this year or in early 2018.

Gizmodo reports that Weinstock’s creation will include a desktop frame for displaying the five mini figures and various NASA-themed vignettes.