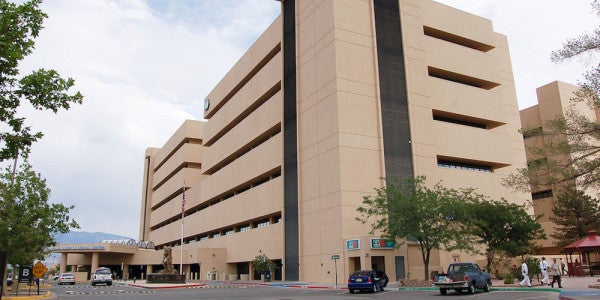 The U.S. Department of Veterans Affairs’ Albuquerque office denied 592 of 640 Gulf War illness claims it received in fiscal year 2015, the latest year for which data are available, giving it the ninth-lowest approval rate in the VA complex.

A June report from the Government Accountability Office found that approval rates throughout the VA complex for claims relating to Gulf War illness, or GWI, are one-third as high as for other disabling conditions.

The claims also took an average of four months longer to process.

The report concluded – and the VA concurred – that instituting required training for medical examiners who perform Gulf War illness patient examinations, clarifying claim decision letters sent to veterans and developing a single definition for GWI would increase consistency in approval rates and reduce confusion among staff and veterans.

Gulf War illness was first identified in soldiers returning home from Operation Desert Storm and Operation Desert Shield in the early 1990s, but it has been found to afflict soldiers who have served in other parts of the Middle East since then as well.

GWI includes a wide variety of symptoms and conditions, from fatigue and skin problems to insomnia and indigestion. It is believed the conditions may be the result of exposure to burn pits, oil well fires or depleted uranium weapons during service.

U.S. Reps. Jack Bergman of Florida, chairman of the House Committee on Veterans Affairs’ Subcommittee on Oversight & Investigations, and Mike Coffman of Colorado requested the report.

“Gulf War illness hasn’t been properly defined by VA, and as a result claim applications are disproportionately denied,” Bergman spokeswoman Amelia Burns said in an email.

The report says most of the 58 regional VA offices showed low approval rates; however, those rates varied substantially, ranging from 0 percent in Anchorage, Alaska, to 53 percent in Boston.

“Ideally, you want to have a situation where it doesn’t matter where someone applies for their benefits,” said Melissa Emrey-Arras, director of the GAO’s Education, Workforce and Income Security team who worked on the report. “Consistency is a good goal.”

The Albuquerque regional office approved 20.7 percent (24 of 92) of GWI claims made due to “medically unexplained chronic multi-symptom illnesses,” characterized as conditions like chronic fatigue syndrome, fibromyalgia and irritable bowel syndrome.

Just 24 of 500 claims of GWI resulting from vaguer “undiagnosed illnesses,” like headaches and joint pain, were approved in Albuquerque.

The statistics do not include claims associated with nine infectious diseases – including malaria and shigella – that have been a subcategory of Gulf War illness since 2010.

Emrey-Arras noted those claims are easier to diagnose and more straightforward to process. Around 30 percent of claims resulting from infectious diseases were approved nationally in fiscal 2015, according to the report.

Currently, a 90-minute training course on Gulf War illness is voluntary. The report found around 10 percent of the VA’s 4,000 medical examiners had completed it as of February.

Sonja Brown, acting associate director of the New Mexico VA Health Care System, did not say how many of Albuquerque’s medical examiners have completed the course.

“The Gulf War Examination training is currently on the curriculum for our medical examiners with a due date of 8/10/2017 to complete,” Brown wrote in an email. “While I don’t have a percentage of those completed, I can tell you that the training is being taken.”

The VA plans to make training mandatory, with all medical examiners expected to complete the program by October.

According to VA guidelines, once a veteran submits a claim for GWI and evidence is found of qualifying symptoms and service in Southwest Asia, an examination by a medical examiner should be requested.

The report found that medical examiners were often confused about when and how the exams are to be performed and how results should be interpreted.

Two previous reviews of the exam process, in 2015 and 2016, yielded similar findings.

“These reviews found incorrect claim decisions related to the medical exam process, including VBA claims’ staff failing to obtain medical exams when they were necessary to properly evaluate a veteran’s claim,” the report says. “At the same time, several VA staff noted the complexity of Gulf War illness claims and some medical examiners stated they would benefit from additional training on Gulf War illness and how to conduct these exams.”

The report also concluded that letters communicating GWI claims decisions to veterans be more clear and that a single case definition be developed for the illness.

The VA concurred with those recommendations.

Various advisory committees have pointed out the importance of developing a single case definition for GWI. While developing the definition is in the VA’s strategic GWI plan, no concrete actions have been put in place toward reaching that goal, Emrey-Arras said.

In response to the report, the VA said it will convene a group of “subject matter experts” to analyze existing data and identify areas for further research that will aid in better defining GWI. The target date for that action is March 2018.

Emrey-Arras said Gulf War illness is inherently more difficult to diagnose than other illnesses, as its hallmark is undiagnosable medical conditions.

Cristopher Sheirer, a VA spokesman for the Albuquerque office, agreed.

“Gulf War illness is going to be the Agent Orange of our generation,” he said, acknowledging that the effects of Agent Orange are generally simpler to diagnose. “It’s an extremely difficult claim to work.”