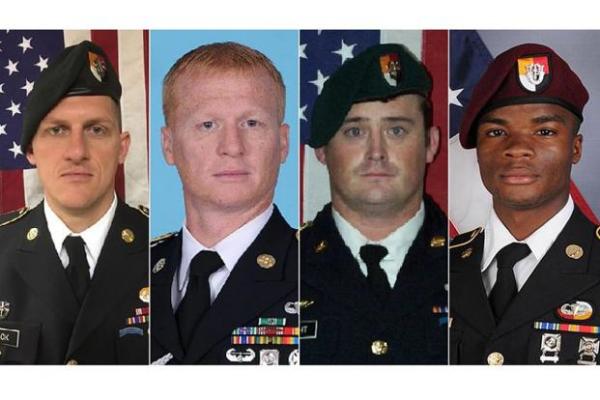 Defense Secretary Jim Mattis said Saturday that the Pentagon investigation of the Niger ambush in which four U.S. troops were killed is close to being wrapped up, but that was before The New York Times published a detailed and damning report based partly on a video of the firefight.

On his plane back to the U.S. following a week-long trip to Europe, Mattis told reporters traveling with him that Marine Gen. Thomas Waldhauser, the AfriCom commander, has an unspecified timeline for completing his review of the draft of the Article 15-6 fact-finding investigation.

However, it is unclear whether Waldhauser's timeline could be affected by the Times' report Sunday, which contradicted previous Pentagon and AfriCom accounts of an Oct. 4 joint patrol with Nigerien troops that resulted in the ambush outside the village of Tongo Tongo, in northwestern Niger.

The Times report said that AfriCom poorly planned the joint patrol and then changed the mission three times while it was underway, leading to the deaths of the four Americans, four Nigerien troops and an interpreter.

What was to have been a routine operation with little risk turned into a raid on a terrorist base to capture a militant leader, carried out by troops lacking air or ground backup and who were unprepared and ill-equipped for the task, the Times said.

In addition to the Article 15-6 investigation, the FBI has conducted its own review of the national security implications of the ambush that killed Sgt. La David Johnson, 25, of Miami Gardens, Florida; Staff Sgt. Bryan C. Black, 35, of Puyallup, Washington; Staff Sgt. Jeremiah W. Johnson, 39, of Springboro, Ohio; and Staff Sgt. Dustin M. Wright, 29, of Lyons, Georgia.

All were assigned to the Army's Third Special Forces Group. The body of Sgt. La David Johnson was not recovered until two days after the firefight.

The Times report included gruesome details from the helmet camera of Staff Sgt. Jeremiah Johnson that apparently was seized by the militants who attacked the patrol. The video was later given to a news agency in Mauritania — Agence Nouakchott d'Information (ANI).

Without disclosing the price, the Times said it bought the video from ANI and submitted it to forensic analysis. The video is being withheld from publication because it shows the deaths of American soldiers and also because it includes Islamic State propaganda, the Times said.

The video shows Black, Jeremiah Johnson, and Wright outnumbered and outgunned as they were cut off in desert scrub from the rest of the patrol.

Black was hit first and fell, mortally wounded. Wright came out of a sports utility vehicle, pulled Black behind the wheel well and continued firing back over the hood of the vehicle, the Times said.

Last month, the Pentagon and AfriCom said they were aware of social media posts of images and a video purporting to show the deaths of Black, Jeremiah Johnson and Wright.

At a Pentagon briefing, Dana White, the chief Pentagon spokesperson, said, “I'm aware of the reports” on the images and the video, but “we have not confirmed the authenticity” of the posts.

Mattis, who met privately with Waldhauser during the European trip, said the AfriCom commander has yet to sign off on the draft of the Article 15-6 investigation led by Army Maj. Gen. Roger Cloutier, Waldhauser's chief of staff. Mattis has said previously that the draft is thousands of pages long.

Mattis said the method for the report's release remains the same as described by Joint Chiefs Chairman Gen. Joseph Dunford shortly after the ambush.

The lengthy Times report cited survivors of the patrol, local villagers, families of the fallen, named and unnamed U.S. and Nigerien officials, and official documentation to call into question the sketchy U.S. accounts thus far of what happened — from small details to the overall scope and purpose of the U.S. counter-terror mission in Africa.

The Pentagon said U.S. troops in Niger were barred from offensive actions on joint patrols. The Times said the joint patrol diverted to a mission to capture militant leader Doundoun Cheffou, who was believed to have pledged allegiance to the Islamic State of Iraq and Syria (ISIS).

Cheffou's capture had been assigned to a separate U.S. Special Forces team, but their mission was scrapped, the Times reported. French air support in neighboring Mali that was tasked to assist the Special Forces team was told to stand down.

Someone in command — the Times could not determine who — told the joint patrol, which was already underway, to raid a base near the Mali border where Cheffou's presence was suspected. Someone in command did not tell the French of the new mission.

“We had intelligence confirming the presence of this terrorist [Cheffou],” Nigerien Defense Minister Kalla Moutari told the Times. “On the basis of this information, action was taken.”

The joint patrol went to the suspected base and found it abandoned, but there was evidence that it had recently been occupied.

Before beginning the return to their own base near Niamey, the Nigerien capital, the patrol stopped in Tongo Tongo to take on water. There, they were delayed by requests for medical supplies from local villagers, who may have alerted the militants to their presence.

The patrol “didn't find any militants,” the Times said. “Instead, the militants found them.”