A guy in New Jersey allegedly scammed $2.1 million from women by posing as a soldier serving in Syria 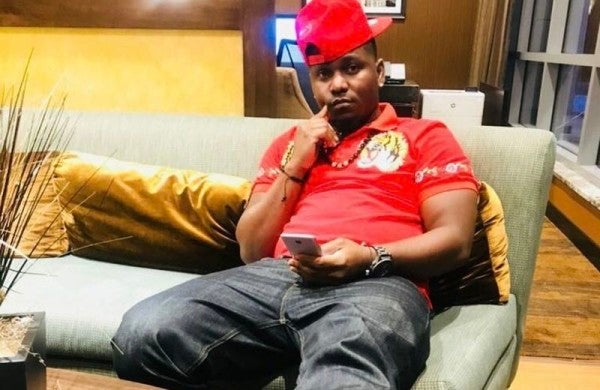 Rubbin Sarpong's profile on Plenty of Fish, Match.com and other dating websites describe him as a U.S. soldier serving in Syria, but federal prosecutors said he was actually in Millville, living the high life off unsuspecting women.

Sarpong is charged with conspiracy to commit wire fraud, according to the U.S. Attorney's Office in New Jersey.

The 35-year-old and his accomplices, who live in Ghana, fooled more than 30 people and made over $2.1 million in a brazen dating scam that went on for three years and led at least one woman to commit suicide, authorities said.

Sarpong frequently posted selfies on Instagram with large stacks of cash, expensive designer clothing, jewelry and luxury cars — all of which he allegedly bought with money that women sent him.

“30K Worth Of A Rolex Watch… 10K Worth OF A Gold Chain… 1K Worth of A Ring… I Was Blessed By A Dubai Millionaire… Real Recognize Real,” he wrote in an October 2018 post, according to an arrest warrant obtained by the Daily News.

Federal prosecutors said Sarpong and his cohorts created a variety of fake stories on their dating profiles, but the most common lie claimed they were military personnel stationed in Syria who received, recovered or had been awarded gold bars. They asked their victims for money to ship the nonexistent gold bars to the U.S.

Sarpong raked in more than $820,000 mailed as personal checks to his accomplices or wired to his bank accounts, according to the warrant.

One of his victims committed suicide in June 2018, just two days after transferring nearly $94,000 to Sarpong and his crew, authorities said.

The day before she died, the woman — whose identity was not released — allegedly went to Baltimore/Washington International Airport to met what she thought was a diplomat with a $12 million box of gold.

Sarpong, a citizen of Ghana and legal U.S. resident, bragged about his lavish lifestyle on social media and suggested at least once that his cash came from a “Dubai millionaire.”

Authorities said the elaborate scheme began in January 2016 and ended with Sarpong's arrest.

None of his co-conspirators have been charged.