Sorry, but there’s no smoking at VA hospitals anymore

All Department of Veterans Affairs health care facilities will be completely smoke-free by October, with all forms of tobacco use, including e-cigarettes and vaping, banned from facility grounds 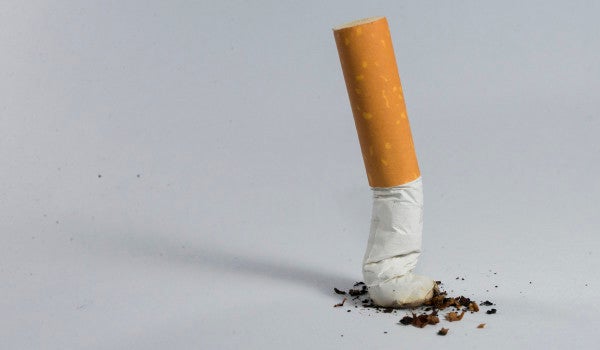 All Department of Veterans Affairs health care facilities will be completely smoke-free by October, with all forms of tobacco use, including e-cigarettes and vaping, banned from facility grounds, officials announced in a news release Monday.

The policy change, first published by the Veterans Health Administration in early March, ends the use of designated smoking areas or shelters at VA hospitals.

“Although VA has historically permitted smoking in designated areas, there is growing evidence that smoking and exposure to secondhand and thirdhand smoke creates significant medical risks, and risks to safety and direct patient care, that are inconsistent with medical requirements and limitations,” officials said in the release. “Accordingly, VA's Veterans Health Administration (VHA) has collaborated with key stakeholders to update and recertify the policy to be consistent with the department's commitment to Veterans and the community.”

The change applies to everyone at VA facilities, including patients, visitors, volunteers, contractors, vendors and staff, officials said.

In situations where the VA facility is co-located with a Defense Department hospital, the VA's new policy will be followed only on VA-controlled grounds, the policy notes. DoD hospitals often still allow smoking in designated areas.

Both the VA and Defense Department offer smoking cessation assistance to patients — a sensible benefit given that, until 1975, the Pentagon still included cigarettes in rations issued to troops.

Commissaries and military exchanges also continue to sell tobacco and tobacco products. Although federal law requires that it be sold for prices comparable to those available off base, the price point used by commissaries and exchanges is based on a market snapshot and often ends up being lower than that of off-base competitors.

About 14 percent of active-duty troops consider themselves occasional smokers, according to data released by the DoD early this year.

According to a 2018 study from the Centers for Disease Control and Prevention, roughly three in 10 military veterans used some kind of tobacco product between 2010 and 2015, and tobacco use among veterans significantly outpaces that among civilian peers.