Is it too much to ask for frickin space-based lasers? 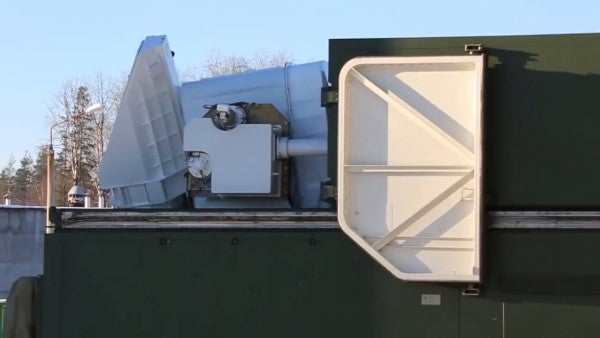 Ronald Reagan's dream of space-based lasers shielding the United States from ICBMs will not come to fruition in the near future, despite the Trump administration's focus on space.

President Donald Trump is expected to release the Defense Department's latest Missile Defense Review on Thursday at the Pentagon.

While the review looked into putting more sensors into space to provide early warnings of ballistic missiles launches, it does not include any recommendations about deploying space-based missiles or lasers that can destroy boost-phase missiles, a senior administration official told reporters on Wednesday.

“The MDR [Missile Defense Review] as far as interceptors or directed energy calls for further study on both of those concepts but does not direct that the fielding of them or the developing of anything specific,” the official said. “That's an area that we are studying, but not one that we've made a concrete decision on whether or not to deploy yet.”

When Task & Purpose asked if it was a distinct possibility that space-bases lasers could ultimately become part of the U.S. military's missile defenses, the official replied with a definite maybe.

“We're going to examine directed energy as well,” the official said. “That's something we discussed in the Missile Defense Review. Another one of the advanced capabilities that we think is worth looking into, examining the feasibility of. Wherever it makes sense to deploy them, posture them, if that's in space, that's something we will study.”

The official stressed that adding sensors into space is not automatically the first step toward deploying space-based weapons. The Defense Department still needs to look at the cost-effectiveness and feasibility of such a missile shield.

“I would reject the idea that there is a natural or inherent progression in any capabilities,” the official said. “I don't think there is anything inherent in doing one that requires that we do the other.”