Akram Abdel-Aziz, 52, pleaded guilty in December to money laundering by structure and conspiracy to distribute 5F-ADB, which is a Schedule I controlled substance. More than 100 U.S. service members fell ill and/or required medical attention after ingesting the substance 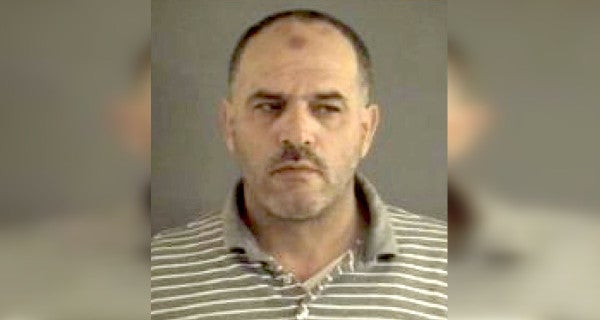 A Wilson, North Carolina man will spend the next four years in federal prison for distributing a synthetic cannabinoid that led to illness and hospitalizations.

Akram Abdel-Aziz, 52, pleaded guilty in December to money laundering by structure and conspiracy to distribute 5F-ADB, which is a Schedule I controlled substance. U.S. District Judge Terrence W. Boyle sentenced Abdel-Aziz to 50 months in prison followed by three years of supervised release.

Abdel-Aziz made headlines in April 2018 after Wilson police worked with federal authorities to raid a home on the 4500 block of Lake Hills Drive. The search yielded bottles, labels, the 5F-ADB compound and $200,000 in cash.

Authorities say the Wilson man distributed a large quantity of the drug known locally as Black Magic and other names between March 2017 and April 2018. The substance was sold as a liquid vaporizer product in vape shops in Wilson, Craven, Cumberland, New Hanover, Pamlico and Onslow counties.

“The product came to the attention of authorities following dozens of instances in which individuals required medical attention after ingesting the product and suffering from symptoms such as seizures, loss of consciousness, hallucinations, paranoia and cardiac arrest,” the U.S. Attorney's Office for the Eastern District of North Carolina said in a news release.

“The military was particularly hit hard as more than 100 military members fell ill and/or required medical attention after ingesting the substance. Moreover, use of the illegal substance resulted in the administrative separation of a large number of military personnel, negatively (affecting) the readiness of certain units.”

Authorities said Abdel-Aziz received the drug through bulk purchases from co-conspirators in the country through Western Union money orders. To avoid reporting requirements, the suspects purchased money orders from different locations and for less than $10,000.

“This sentence highlights the seriousness of unlawful vape products. Our community and notably our military community, is safer because of this sentence,” U.S. Attorney Robert J. Higdon Jr. said. “Illegal narcotics come in all forms and unlawful vape products are particularly insidious as they convey a less dangerous appearance than other well-known harmful drugs. The work of the investigators on these cases is invaluable and deserves our thanks and appreciation.”