The U.S. Department of Justice has, once again, sued the Warren County Board of Education over its treatment of a military reservist 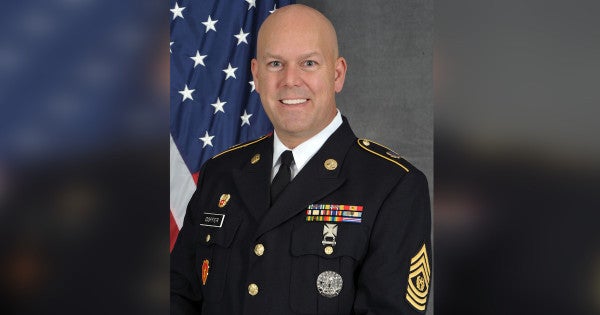 WARRENTON, North Carolina — The U.S. Department of Justice has, once again, sued the Warren County Board of Education in North Carolina over its treatment of a military reservist.

They allege that the Warren school system stripped Coffer of his position as dean of students at Warren County Middle School in the summer of 2017 while he was away for about five weeks of active duty. Instead of putting him back in the job, the system offered him a position as a gym teacher.

“The freedoms we enjoy as Americans are dependent on the selfless duties performed by members of our Armed Forces,” said Eric Dreiband, the assistant attorney general who heads the Justice Department's civil rights division in Washington. “When our country calls service-members to duty, its laws, enforced by the Department of Justice, protect their civilian jobs.”

The complaint seeks a court order forcing the system to reinstate Coffer into “the position he had before he left for military service,” or an equivalent one, and give him back pay and other benefits.

Wednesday's lawsuit is the second dispute over Coffer's employment that's prompted federal action against the Warren system. The first yielded a 2013 settlement that forced officials to rehire him as a lead teacher or site supervisor.

The Justice Department under former President Barack Obama alleged the Warren schools ousted Coffer as an assistant principal in 2008 because “staff members expressed frustration at accommodating his military service during the school year,” federal officials said in announcing the 2013 settlement.

Coffer, who has served in the Army Reserves for more than 26 years, currently serves in the 2nd Battalion, 317th Regiment, which is based in Lynchburg, Va., according to the factual allegations portion of the complaint.

During the “relevant times” of the latest dispute and through the present day, Coffer held and still holds a N.C. professional educator's school administrator/principal license, the lawsuit filed by appointees of President Donald Trump said.

The suit alleges that on Aug. 8, 2017, during the first day of school for students at Warren County Middle School and while Coffer was away on military orders still, Coffer got a telephone call from Jamar Perry, who was Warren County Schools' personnel director.

Coffer was informed the school board had eliminated his position as dean of students and he would be offered reemployment as a physical education teacher at the Northside K-8 School when he returned from military service.

He hadn't received any prior notice that his position was to be removed before this telephone call, the civil complaint said.

Coffer asked about other administrative positions to which he could be assigned, but was told that while vacancies existed, it was “too late” for him to apply for any of them.

There were “at least” three administrator jobs — for two principals and an assistant principal — available for the 2017-18 school year while Coffer was on military leave in 2017 and that the school board filled in the summer of 2017, the complaint said.

In the summer of 2017, Coffer received orders for military service to be performed between July 10 and Aug. 21. He left for duty July 10 that year and before the start of the school year gave notice of his military service through email to his supervisor and others, the complaint alleged.

Coffer responded by filing a USERRA claim with the U.S. Department of Labor's Veterans' Employment and Training Service, which investigated.

On Aug. 23, 2017, a Labor Department investigator spoke with Warren County Schools Superintendent Ray Spain and “reiterated” Coffer's request to be reemployed as dean of students with a school or an equal position, the complaint said.

The next day, the investigator wrote the superintendent reiterating Coffer's request that the school board “restor him to his past position or a position equivalent to that of the dean of students at the Warren County Public School System.

The school board has never offered to reemploy Coffer as a dean of students or an equal position, nor has Coffer gotten retirement credit from the school board “for the purposes of determining his retirement benefit since July 10, 2017,” the Justice Department alleged.

Warren County's settlement of the prior lawsuit specified that it was to avoid taking “any action against any person, including but not limited to Coffer, that constitutes retaliation or interference with the exercise of such person's rights under USERRA.”

While speaking with the Dispatch Thursday, Lewis Thompson, the school board's attorney, said he wouldn't have any comment because he hasn't seen the complaint yet.

SEE ALSO: Veteran Sues University Of Toledo For Allegedly Disclosing Ptsd And Portraying Him As A Safety Threat