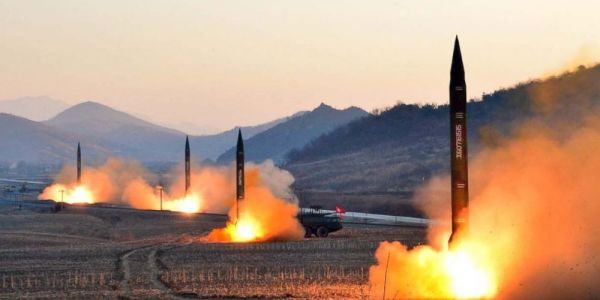 The U.S. Geological Survey said a 6.3 magnitude explosion was detected near the area where North Korea’s main nuclear testing site is located, but it could not confirm the nature of the blast.

South Korea’s Joint Chiefs of Staff said it was “presumed” to be a nuclear test, according to Yonhap.

Japanese broadcaster NHK reported that Prime Minister Shinzo Abe told reporters it is simply not acceptable if North Korea has pressed ahead with a nuclear test. The Japanese leader also said he has ordered relevant ministries to gather and analyze information and inform the public appropriately.

The communist state has carried out five underground nuclear blasts since 2006. Its last one was conducted nearly a year ago on Sept. 9.

The report comes as tensions are high over the North’s efforts to develop a nuclear weapon that could reach the U.S. mainland.

President Donald Trump has warned he’ll unleash “fire and fury” if the isolated regime continues to threaten the United States, although his administration has also pressed for a diplomatic approach, including tightened economic sanctions.

North Korean state-run media said Sunday that scientists have developed a hydrogen bomb that could be used to arm an intercontinental ballistic missile, and released photos of leader Kim Jong Un as he inspected the device.

Experts said the claim couldn’t be confirmed, but it raised fears that the North may be preparing to conduct a sixth nuclear test.