North Korea Reportedly Has A Fleet Of 1,000 Drones Built For Chemical Attacks

North Korea is reportedly in possession of about 1,000 drones that can carry a deadly payload, according to a South Korean... 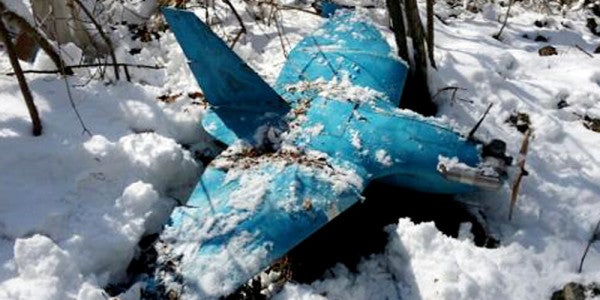 North Korea is reportedly in possession of about 1,000 drones that can carry a deadly payload, according to a South Korean state-run think-tank.

The Korea Institute for National Unification claims that the drones could be used for airborne terror attacks with chemical or biological weapons, Yonhap News Agency reported on Tuesday.

Due to the outdated aircraft within its air force, research fellow Chung Ku-youn said that North Korea has focused on developing these drones in order to make up for its lackluster squadrons.

“North Korea's air forces are inferior to its South Korean counterpart and an absence of military satellites is making it difficult for Pyongyang to reconnoiter (the South),” a report from the institute said.

With the first installment of Lockheed Martin's F-35 Lightning II scheduled to be delivered to South Korea in 2018, North Korea appears to face the possibility of an aircraft that could render its jets obsolete. With these drones, however, the North may be able to inflict great damage without a comparatively large footprint.

North Korea has been reported to possess around 25 chemical agents, including six nerve agents like sarin and VX, according to a 2016 report from the Korea Institute for Defense Analyses. Additionally, the country is estimated to have 13 types of pathogens, like anthrax and clostridium botulinum, which can be weaponized for a biological attack.

One of its premier drones, the “Banghyun 5,” is believed to imitate the role of a Radiological Dispersal Device, otherwise known as a “dirty bomb,” Popular Mechanics reported. Made out of titanium and carbon composites, the drone can apparently fly for up to 10 hours in order to deliver its deadly combination of conventional explosives and enriched uranium.