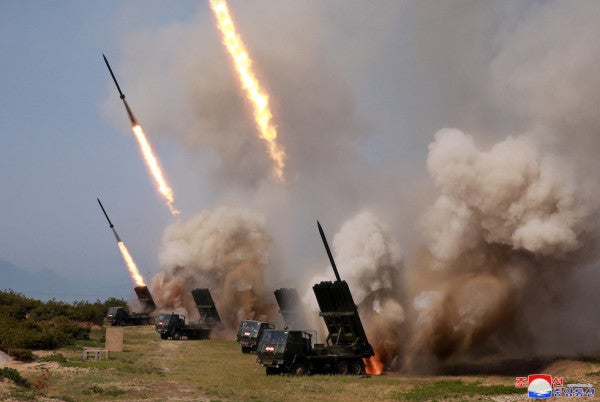 The projectiles were launched from the Hodo peninsula in South Hamgyong Province on North Korea's east coast, the JCS said, according to Yonhap.

The JCS said it is monitoring the situation in case of additional launches and maintaining a readiness posture, Yonhap reported.

The White House, the Pentagon and the U.S. State Department did not immediately respond to requests for comment.