In response to North Korea’s recent intermediate range ballistic missile test that overflew Japan on Aug. 28, Washington, Tokyo and Seoul have embarked on... 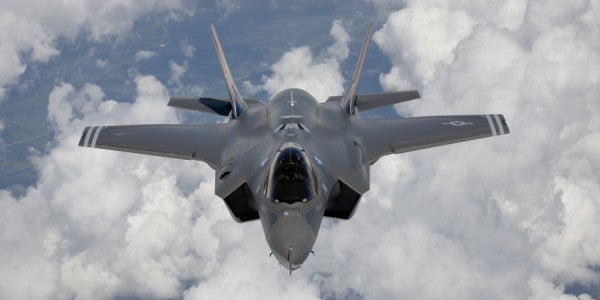 In response to North Korea’s recent intermediate range ballistic missile test that overflew Japan on Aug. 28, Washington, Tokyo and Seoul have embarked on a show of force to deter Pyongyang.

“North Korea's actions are a threat to our allies, partners and homeland, and their destabilizing actions will be met accordingly,” Gen. Terrence J. O’Shaughnessy, commander of U.S. Pacific Air Forces, said.

“This complex mission clearly demonstrates our solidarity with our allies and underscores the broadening cooperation to defend against this common regional threat. Our forward-deployed force will be the first to the fight, ready to deliver a lethal response at a moment’s notice if our nation calls.”

According to U.S. Pacific Command, the four F-35Bs—which are based in Iwakuni, Japan—the two B-1B bombers and the two JASDF F-15Js flew together over the ocean near the Japanese city of Kyushu. Subsequently, the American planes and the four South Korean F-15K strike fighters “practiced attack capabilities” by releasing live weapons at the Pilsung Range training area in Korea before returning to base.

The short takeoff/vertical landing F-35B stealth fighter is a new element to these increasingly frequent shows of allied force. The newly operational fifth-generation fighters—together with other American stealth aircraft such as the Lockheed Martin F-22 Raptor and Northrop Grumman B-2 Spirit strategic bomber—would be amongst the first aircraft to cross into North Korea to strike at air defenses and command and control nodes if war broke out on the Korean peninsula.

“The F-35 embodies our commitment to our allies and contributes to the overall security and stability of the Indo-Asia Pacific region,” Lt. Gen. David H. Berger, commander of U.S. Marine Corps Forces Pacific, said.

“By forward-basing the F-35, the most advanced aircraft in the world, here in the Pacific, we are enabling the Marine Corps to respond quickly during a crisis in support of Japan, the Republic of Korea, and all our regional partners.”

Tensions are high on the Korean peninsula as North Korea continues to test ballistic missiles and fiery rhetoric emanates from both Pyongyang and Washington. Indeed, the Pentagon’s show of force comes less than a day afterU.S. president Donald Trump decreed that “talking is not the answer!”

One can only hope that cooler heads will eventually prevail.

More articles from the National Interest: