The USS Nimitz, the U.S Navy's oldest operating aircraft carrier just departed San Diego to head into the Pacific, where... 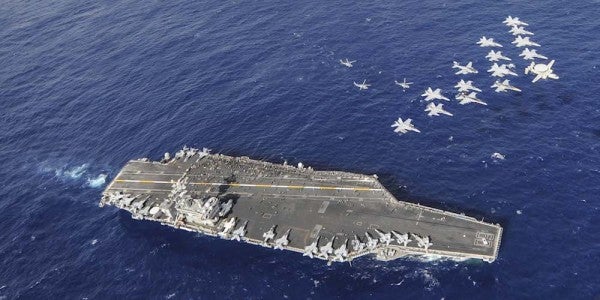 By Business Insider's count, that will mean the U.S. has three aircraft carriers, two cruisers, and 12 destroyers simultaneously operating in the Pacific, often with Japanese and South Korean navy ships nearby.

While the Navy has stressed the “routine” nature of these deployments to Business Insider on multiple occasions, there's no denying that this is a huge display of force in the Pacific.

Meanwhile, US Secretary of Defense Jim Mattis has defined North Korea as a “clear and present danger” to the world, and the UN has moved to once again sanction North Korean businesses and individuals in an attempt to cut off the flow of funds into the world's most heavily militarized country.