Secretary of Defense James Mattis detailed how the U.S. would respond to a North Korea nuclear missile attack in an appearance at the... 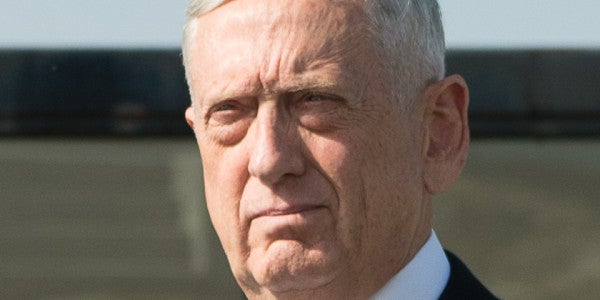 Secretary of Defense James Mattis detailed how the U.S. would respond to a North Korea nuclear missile attack in an appearance at the Senate Foreign Relations Committee on Oct. 30.

“What happens if somebody knocks on the door of the oval office and says, 'Mr. President, they've launched,'” Sen. Jim Risch asked.

Mattis replied: “Our ballistic missile defense forces at sea and in Alaska and California… the various radars would be feeding in and they would do what they're designed to do as we make every effort to take them out.”

The U.S. has recently tested its missile defense systems and made improvements, but the threat from a North Korea intercontinental ballistic missile remains a serious question as experts maintain the U.S. wouldn't fare well against a salvo of missiles or missiles with decoys or countermeasures.

Related: Mattis Explains What War With North Korea Would Look Like »

But the bulk of U.S. deterrence has never rested in missile defense, but rather in offensive capability.

“The response, if that's what you're referring to, would, of course, depend on the president,” said Mattis, explaining the president would see a “wide array” of options that include co-operation with U.S. allies.

“Defenses will go. The president will be woken up or whatever, but our commands are… we rehearse this routinely,” Mattis said, apparently not wanting to divulge any possibly sensitive information.

“Some judgment would be made over whether a necessary and proportionate response is required,” said Secretary of State Rex Tillerson.

But neither Tillerson or Mattis would categorically rule out a nuclear first strike on North Korea. Both made statements to the effect that if the U.S. knew a North Korean nuclear attack on the U.S. was imminent, that President Donald Trump reserves the right to pre-empt that attack with a launch of his own.

“The fact is that no president, Republican or Democrat, has ever forsworn the first strike capability. That has served us for 70 years,” said Tillerson.