After U.S. spy satellites picked up a rush of activity around North Korea's underground nuclear testing site, Department of Defense... 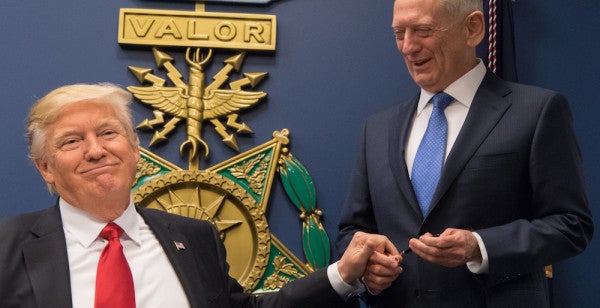 After U.S. spy satellites picked up a rush of activity around North Korea's underground nuclear testing site, Department of Defense officials have prepared a new set of options for President Donald Trump on how to deal with the burgeoning nuclear power, two military officials told CNN on June 29.

Trump will receive those options if North Korea carries out another nuclear test or tests a missile that could hit the U.S. mainland, the officials said.

“What we have to do is prepare all options because the President has made clear to us that he will not accept a nuclear power in North Korea and a threat that can target the United States and target the American population,” National Security Adviser H.R. McMaster said at the Center for a New American Security conference on June 28.

“The threat is much more immediate now. We can't repeat the same failed approach of the past,” McMaster added. “The President has directed us to not do that and to prepare a range of options, including a military option, which nobody wants to take.”

As McMaster pointed out, decades of diplomacy dating back to former President Bill Clinton's administration have failed to denuclearize North Korea, but the threat of long-range nukes has quickly materialized in the last year.

Secretary of Defense James Mattis recently testified to the House Appropriations Committee that though the U.S. would ultimately win in a conflict with North Korea, it “will be a war more serious in terms of human suffering than anything we've seen since 1953,” involving heavy deaths in Seoul, South Korea.

Experts contacted by Business Insider said that while a full-scale war with North Korea would lead to disaster, a limited strike against few high-value targets could happen. The US has recently moved to arm its F-16s in South Korea with extremely long range missiles that could lend themselves to such a strike.

Under Trump, the U.S. has responded to North Korea's rapidly advancing threat by attempting dialogue with Kim Jong Un, while applying economic and military pressure.

CIA Director Mike Pompeo recently toldMSNBC's Hugh Hewitt that Trump asks him almost every day about North Korea, and that the conflict is very much “at the top of his mind.”