‘Self-Restraint’ Only Thing Preventing War Between US And North Korea, General Says

After North Korea demonstrated for the first time its ability to build a nuclear-capable missile capable of striking the US,... 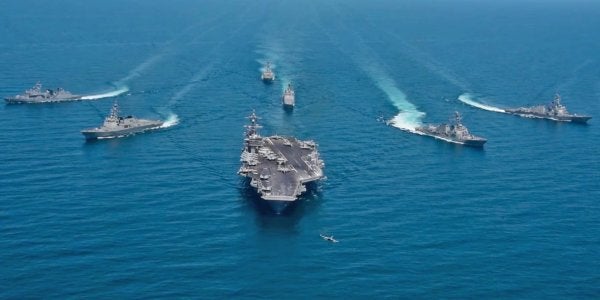 After North Korea demonstrated for the first time its ability to build a nuclear-capable missile capable of striking the US, U.S. and South Korean forces responded with a show of force by firing deep-strike, precision missiles into the sea.

After the dueling shows of military force by rival nations, Gen. Vincent K. Brooks, the commander of American troops in South Korea, gave a blunt assessment of the tense situation.

“Self-restraint, which is a choice, is all that separates armistice and war,” Brooks told the New York Times in reference to the Korean War, which ended with a ceasefire rather than a peace treaty in 1953.

“As this alliance missile live-fire shows, we are able to change our choice when so ordered by our alliance national leaders,” said Brooks, adding that it “would be a grave mistake for anyone to believe anything to the contrary.”

North Korea has often provoked the U.S., most recently by detaining a healthy U.S. student who was traveling through Pyongyang and releasing him back to the U.S. in a coma.

But while the U.S. does stockpile weapons and forces in South Korea to potentially thwart or initiate an attack, the U.S. does not retaliate militarily.