Another North Korean Soldier Defects Into South Via DMZ

A low-ranking North Korean soldier defected across the heavily fortified Demilitarized Zone on Thursday morning, according to a South Korean... 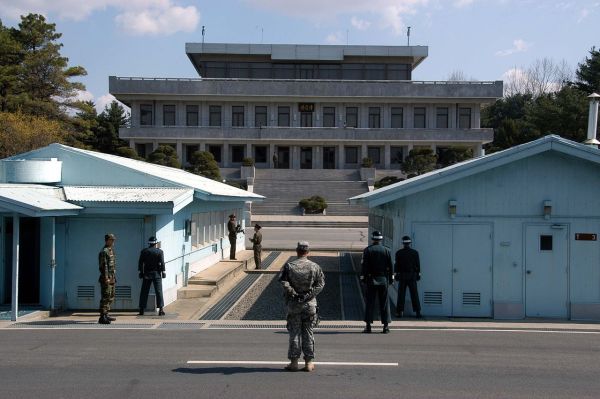 A low-ranking North Korean soldier defected across the heavily fortified Demilitarized Zone on Thursday morning, according to a South Korean defense official.

The defector arrived at a South Korean guard post at the central and western front just after 8 a.m., a Ministry of National Defense spokesman said. Heavy fog limited visibility to about 100 meters; however, border guards were able to spot him using surveillance equipment.

United Nations Command announced it is working with South Korea’s Joint Chiefs of Staff to determine the circumstances surrounding the defection.

“Armistice Agreement rules are in effect throughout the Demilitarized Zone, including the area where the defection occurred,” it said in a statement. “This is signaled by the fact that the guard post near where the defector was first encountered flies a United Nations Command flag in addition to the [South Korean] flag, as do all guard posts in the DMZ.”

The Joint Chiefs of Staff initially reported there were no shots fired during the defection nor was there any unusual movement of North Korean troops detected.

“Our side broadcasted warning messages a few times and then fired … after the warning shots, they did not approach anymore,” the defense ministry spokesman said.

Later in the day, North Korean propaganda leaflets were found at Seoul’s Yongsan Garrison, 8th Army spokeswoman Christina Wright told Stars and Stripes. It is unknown whether they are related to the defection.

The defector is the fourth to cross into South Korea so far this year. The incident comes just weeks after surveillance cameras captured the dramatic defection of another North Korean through the Joint Security Area. He survived despite being shot five times by his comrades as he fled.