Could North Korea’s 4,300 Tanks Crush America In A War?

As Washington ratchets up the pressure on North Korea—or potentially launches a preemptive strike—the Kim regime in Pyongyang has options... 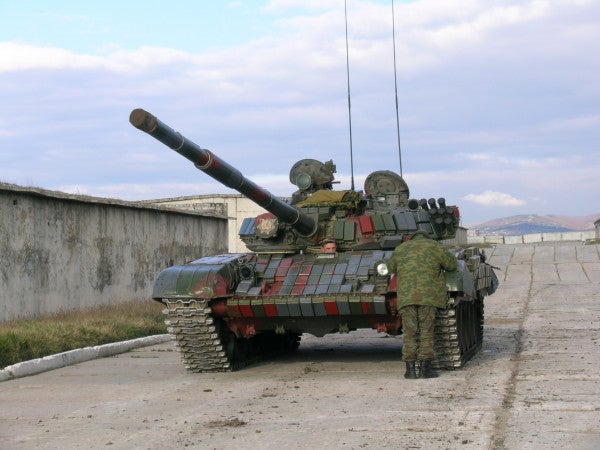 As Washington ratchets up the pressure on North Korea—or potentially launches a preemptive strike—the Kim regime in Pyongyang has options to strike back hard at the United States and South Korea using purely conventional means.

While analysts often focus on the so-called Democratic People’s Republic of Korea’s arsenal of ballistic missiles, the real threat emanating from the North comes in the form of heavy artillery and special operations forces, which could wreak havoc on the South. In the event of a war on the Korean Peninsula, Pyongyang’s ground forces are the greatest threat to the Republic of Korea (ROK) and the U.S. forces stationed there—short of nuclear weapons.

“With 70% of the Ground Force positioned south of the Pyongyang-Wonsan line, North Korea is maintaining a military posture capable of conducting a surprise attack at any time,” reads the South Korean Ministry of National Defense 2014 defense white paper. “In particular, the 170 mm self-propelled guns and 240 mm MRLS in forward positions are capable of surprise, massive concentrated fire on the Greater Seoul Metropolitan Area (GSMA). The 300 mm MRL currently under test development by North Korea is able to reach the middle part of the ROK considering its maximum firing range.”

Additionally, North Korea has reinforced its artillery forces with 122mm towed MLRS systems in the coastal area near the West Sea coast and near the frontlines. The North Korean artillery pieces would be protected by covered trenches to enhance their survivability during combat operations. Altogether, the South Korea estimates that the North has some 8,600 pieces of tube artillery and 5,500 MLRS batteries available to its forces.

Meanwhile, North Korea is also modernizing its armored forces—but the mechanized troops are not the main focus of the regime in Pyongyang. “Equipment modernization is also constantly pursued, such as replacing the existing T-54 and T-55, the main tanks of the armored and mechanized units, with the Chonma-ho and Songun-ho tanks,” the white paper reads. The DPRK has more than 4,300 tanks and 2,500 other armored vehicles at its disposal according to South Korea.

“Special operation forces are currently estimated at 200,000 strong. The special operation forces have a diverse array of strategic, operational, and tactical units, including the 11th Corps, the light infantry division of the forward corps, and light regiment of the forward divisions,” the South Korean white paper reads. “The role of these special operation forces is extended to cover infiltration into the forward and rear areas to strike major units and facilities, assassinations of key personnel, disruption of rear areas and hybrid operations. Infiltration is to be made during a war through underground tunnels, holding areas for infiltration in the Demilitarized Zone (DMZ), submarines, Landing Craft Air Cushions (LCACs), AN-2 aircraft, helicopters and various other methods.”

Though technologically backwards for the most part—in the event of war—the North Koreans could inflict severe damage to South Korea and the U.S. forces stationed on the peninsula.