Nothing Was Out Of Al Webb’s Reach from Civil Rights, The Space Race, Jonestown, and War

Journalist Al Webb, a veteran reporter for United Press International who covered everything from the Vietnam War and Civil Rights... 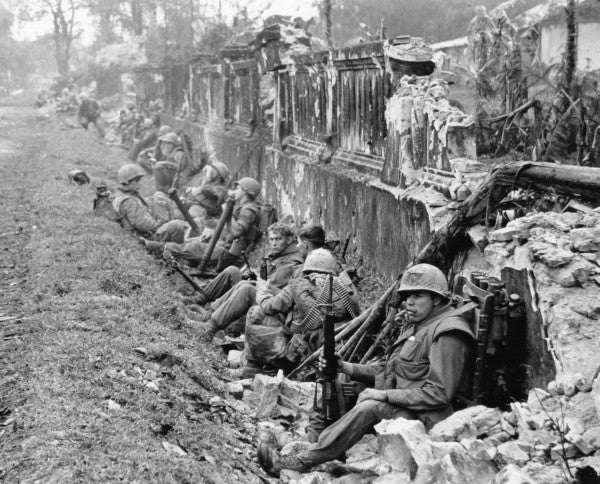 Journalist Al Webb, a veteran reporter for United Press International who covered everything from the Vietnam War and Civil Rights Movement to the Jonestown massacre in 1978, died Jan. 25, at age 79, from complications of pneumonia and diabetes.

Webb, a reporter, photographer, and occasional broadcaster, was the predecessor to what is now regarded as a multimedia journalist, reporting from all over the globe through a host of different mediums. He was known for his quick wit, candid writing, and blazingly fast reportage and received a Bronze Star with Combat “V” Device for his actions during the battle of Hue City, Vietnam.

One of the greatest pieces of war reporting I ever came across, UPI’s Al Webb in Hue, Vietnam during Tet ‘68: pic.twitter.com/ilI0B7zzfA

While embedded with Marines during the Tet Offensive, Webb rushed to the aid of a critically injured Marine and helped drag him to safety, sustaining injuries of his own.

Webb later wrote on the event: “It is noise you remember — the sharp 'thwack' of a sniper's bullets inches from your head, the eerie keening of a Marine dying of the wound that had blown away a third of his skull, the evil whoosh of a rocket seeking more death.”

According to Webb, he loved being a reporter more than anything, whether in spite of, or because of, the risks, horrible hours, and cut-throat nature of the field.

“UPI was my first, last and only love in journalism,” Webb told his colleagues at The Washington Times, according to his UPI obituary. “The thrill of that competition, the absolute enjoyment of getting a story, of being accurate. It was the most fun I had in my entire life. Our mission was to get the facts down in an interesting order and let the reader make the conclusions. There was real integrity in that.”

Beyond his grit and skill, what sets journalists like Webb apart from so many others, is his acknowledgement of a simple truth: Covering a war means you are in a war. Just because one enters a combat zone as a noncombatant, doesn't mean he or she is excused from risk or responsibility.

Webb operated abroad, far from the bureaus to which he reported and at a time when inaccuracy was the ultimate failure of a reporter, which doesn't always feel like the case these days.

Journalists on the ground are the first and most vital buffer against misinformation, and those wishing to follow in Webb's footsteps should seek out the truth no matter where it is, and no matter the hardship.