Accused NSA Leaker May Be Treated Harshly As An Example, Experts Say

Her family calls Reality Leigh Winner a patriot who may have made some mistakes but acted with conviction for the... 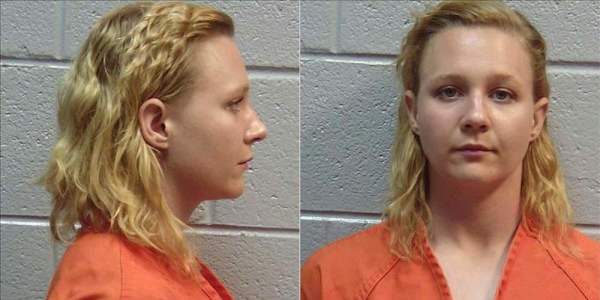 Her family calls Reality Leigh Winner a patriot who may have made some mistakes but acted with conviction for the good of her country. The federal government portrays her as something more sinister — a threat to national security.

Those contrasting portraits, first unveiled last week in a bond hearing in an Augusta federal court, will likely emerge in the months ahead as the central themes in the first leak prosecution under the Trump administration.

Each side has much at stake

Legal experts say prosecutors will want to make an example of someone who allegedly shared secrets in an era where rampant leaks have angered President Donald Trump and damaged his presidency. Winner, meanwhile, will be fighting for her freedom.

Winner, an intelligence contractor who worked at Fort Gordon near Augusta, pleaded not guilty to a single count of “willful retention and transmission of national defense information.” She is charged under the Espionage Act with leaking a top secret NSA document on Russian attempts to hack U.S. election systems to the news media.

Prosecutors won the first sortie on Thursday, convincing U.S. Magistrate Judge Brian Epps that Winner is too great a risk to be released on bond. Assistant U.S. Attorney Jennifer Solari said the government is concerned Winner might have compromised other secrets, and that she had a “persistent” desire to travel to Afghanistan and researched technology that could be used to cover her digital tracks.

Winner allegedly wrote that she wanted to “burn the White House down” and in notes appeared sympathetic to the Taliban.

Friends and her family have described her as an animal lover, a fitness buff and a decorated Air Force veteran. Her stepfather, Gary Davis, said her youth, her liberal views and her high security clearance make her “a perfect patsy.”

“That’s what our biggest fear is — political persecution to drive home a political point,” Davis said. “That’s the unwritten message. If you go against the government, then we’re going to shut you down. And we’re going to throw you into prison and throw away the key.”

President Barack Obama prosecuted more leakers than all other presidents before him combined, and though the Winner case is the first under Trump, the new president has demanded the Department of Justice find and prosecute more.

Under Trump, even the definition of “leaker” has expanded. On Friday, the president called James Comey, the FBI director he fired amid probes into Russia election meddling, “a leaker,” although the contents of the memo Comey told Congress he had distributed to the press do not appear to qualify as classified information.

Joshua Lowther, a criminal defense attorney in Atlanta, said Winner could make a sympathetic defendant. She’s a six-year veteran of the Air Force awarded a commendation for her intelligence work, which helped kill and capture hundreds of enemy combatants.

One of Winner’s potential defenses is to highlight that history of service to her country, including in the decision — whether misguided or principled — to leak material about Russian influence on the 2016 presidential election that she believed the public needed to know, Lowther said.

In court Thursday, prosecutors sought to shoot down that line of defense with explosive allegations she expressed sympathies to American enemies and wanted to burn the White House, Lowther said.

“The government thinks this is someone who deserves to be prosecuted severely,” Lowther said.

So far, though, the prosecution’s picture of Winner as a danger to the nation doesn’t fully square with the material she is alleged to have leaked, said Kenneth Geers, a senior fellow at international affairs think tank Atlantic Council.

Geers, a former NSA and Defense Department analyst, said what Winner allegedly leaked and where she sent the information — to the whistleblower website, The Intercept — makes it appear she acted out of conscience.

“When I read the (original Intercept) article I thought this is a person who might be a Bernie supporter,” said Geers, referring to Bernie Sanders, the U.S. senator from Vermont and former Democratic presidential candidate.

Unless prosecutors uncover that Winner compromised more sensitive information, something that would aide an adversary or wound U.S. interests abroad, the case “doesn’t seem to support the argument that she’s a jihadist,” Geers said.

“I don’t know her state of mind or logic, but it seems like if she were a jihadist, only releasing information about the election doesn’t make a lot of sense,” Geers said.

Prosecutors do not have to prove harm

Not all leak cases are treated equally.

MacMahon was part of the defense team for Jeffrey Sterling, a former CIA operative who was convicted of espionage and sent to prison for leaking details of a secret U.S. operation to sabotage Iran’s nuclear program to a New York Times reporter.

Though the Winner case is slated to be tried in federal court in Augusta, it will be directed from Washington by the Counterintelligence and Export Control Section of the Justice Department’s National Security Division.

“The government will put enormous resources into trying this case,” MacMahon said.

Prosecutors will attempt to prove that Winner had access to the classified material, gave it to persons without that access and that they can exclude other possible suspects.

The salacious allegations of sympathizing with enemies only ups the ante.

Prosecutors also have a significant advantage: they do not have to prove the leak caused harm to the nation.

“They don’t have to prove actual harm, they only have to prove the possibility of harm,” he said. “It’s been challenged in court as vague but no court has ever overturned a conviction from it.”