Police identified the suspect in the New York City bombing as Akayed Ullah, a 27-year-old Brooklyn resident from Bangladesh. Ullah is... 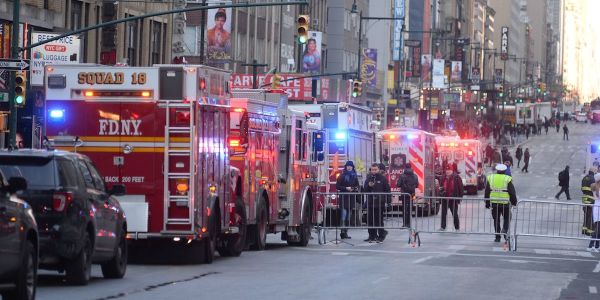 Police identified the suspect in the New York City bombing as Akayed Ullah, a 27-year-old Brooklyn resident from Bangladesh.

Ullah is a suspect in what the police believed to be a pipe bombing at New York City's Port Authority Bus Terminal on Monday morning. He has been taken to a hospital for treatment for his injuries, which police say include burns to his hands and abdomen.

When asked whether Ullah carried out the attempted attack on behalf of ISIS, an NYPD official said at a press conference Monday that Ullah did “make statements,” but declined to elaborate on them.

The man told investigators he made the explosive device at the electrical company where he works, sources tell the Post.

The NYPD told Business Insider that three had been injured, including the suspect. ABC News reports that the suspect has lived in the US for seven years.