A New York Times report published on Thursday outed the anonymous intelligence community whistleblower as a CIA officer and provided clues to his identity that likely make it easier for The White House to identify him. 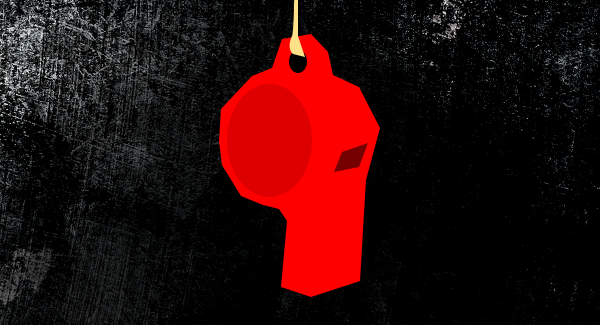 A New York Times report published on Thursday outed the anonymous intelligence community whistleblower at the center of a presidential impeachment inquiry as a CIA officer and provided clues to his identity that will likely make it easier for The White House and other observers to identify him.

Three people familiar with the officer's identity told the Times he is a CIA officer who was detailed to work at The White House and has since returned to the CIA. The report added that, based on the newly-released whistleblower complaint, he “was an analyst by training” who was “steeped in details of American foreign policy toward Europe, demonstrating a sophisticated understanding of Ukrainian politics and at least some knowledge of the law.”

As the Times notes, CIA officers routinely work in The White House, often working on the National Security Council or managing secure communications with foreign leaders. But this officer didn't work on the communications team, the Times reported.

That level of detail spurred widespread criticism of the Times from lawyers, intelligence professionals, former government officials, journalists, and others.

“Publishing details about the whistleblower will only lead to identification of someone, whether our client or the wrong person, as the whistleblower. This will place this individual in a much more dangerous situation, not only in their professional world but also their possible personal safety,” Mark S. Zaid, one of the whistleblower's attorneys, told Task & Purpose in a statement.

Thanks to the Times article, The White House now has a better idea of who to look for: A male CIA officer who was working at the White House, on the NSC, at the time of the July 25 call, likely with Ukraine as part of their portfolio, who has since left.

“Any identifying information makes it easier for the White House to figure out who it is,” Bakos told Task & Purpose. “The NSC has shrunk since the Trump admin, so there aren't as many people to wade through to figure it out.

“It's dangerous,” she added, “for the individual and for future whistleblowers who are considering taking that route.”

In his complaint, the whistleblower alleged the president had abused his power by asking for the new president of Ukraine to investigate a political rival, and withheld military aid so he would “play ball.”

The Times defended its decision to publish details about the whistleblower as “essential” to understanding whether Trump had abused his power because the whistleblower's “credibility and his place in government” provided further context to the story, Times executive editor Dean Baquet said in the story.

Baquet later elaborated: “We decided to publish limited information about the whistle-blower — including the fact that he works for a nonpolitical agency and that his complaint is based on an intimate knowledge and understanding of the White House — because we wanted to provide information to readers that allows them to make their own judgments about whether or not he is credible.”

This is absolute baloney. The NYT just handed this career Agency officer to Trump & his goons on a silver platter because he followed the law & didn’t go rogue.

Yet the NYT regularly shields Trump aides’ identities, even when they spin & disseminate. https://t.co/Vsd7zYbgSL

But John Sipher, a 28-year veteran of the CIA, disagreed with the Times' decision, since it would likely have a chilling effect for others who witness wrongdoing and wish to report it.

“Providing details on the whistleblower insures that the next person who considers doing the right thing will think twice,” Sipher told Task & Purpose. “In our era of brutal tribal politics, I can imagine that this person will be hounded and threatened if his name becomes public.”

In addition, Sipher brought up a recent example of reporters with NBC showing up at the door of a suspected Russian defector, which didn't “benefit the public debate,” but instead, only jeopardizes people who do the right thing. The Washington Post later identified the Russian by name.

“I had a friend whose name showed up in a foreign paper as a CIA officer — a country with significant terrorist presence,” Sipher said. “The local paper then found his home in the U.S. and published a picture with bomb sights over it, and speculated on his route to work. It put him at risk. It put his neighbors at risk.”

Times reporter Maggie Haberman reported earlier that Trump told about 50 staffers at the United States Mission to the United Nation on Thursday that he wanted to know who provided the information to the whistleblower, and alluded that they should be given a death sentence for treason.

“I want to know who's the person who gave the whistle-blower the information because that's close to a spy,” Trump said. “You know what we used to do in the old days when we were smart with spies and treason, right? We used to handle it a little differently than we do now.”

The whistleblower complaint, which the acting Director of National Intelligence told Congress on Thursday was in compliance with legal processes, included a number of revelations that White House officials told him during the normal course of his duties.

Astonishing for the NYT to essentially out the whistle blower in a story that doesn’t advance what we already knew on the same day the President threatened retribution.