The National Security Agency infected key Russian networks with remotely-controlled “implants” that would cause “pain and discomfort” if they are... 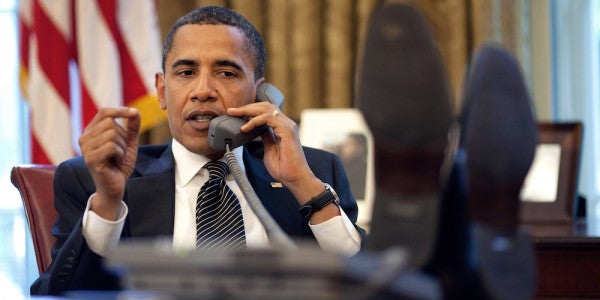 The National Security Agency infected key Russian networks with remotely-controlled “implants” that would cause “pain and discomfort” if they are ever used, according to a new report in The Washington Post.

The Post report, which focuses on Moscow's interference in the 2016 presidential election and the Obama administration's response, said the program was a covert action that would allow the U.S. to retaliate if Russia carries out similar behavior in the future.

“Implants are a term used by the intelligence community for malicious code and backdoors,” David Kennedy, a former Marine intelligence specialist and founder of TrustedSec and Binary Defense Systems, told Business Insider. “Essentially the ability to implant code that goes undetected.”

Though the report says Russia would feel “pain” if the infected networks were “disrupted,” it's not clear whether the implants were designed to affect infrastructure, similar to how the NSA carried out a successful operation called “Olympic Games” (more commonly referred to as the Stuxnet attack) that set back Iran's nuclear program.

Regardless, the U.S. certainly has the capability to affect an adversary's physical world — the power grid, telephones, and the internet — through cyber means. In Iran, for example, the NSAcarried out another operation called “Nitro Zeus,” which used cyber implants to give the US access to Iran's air defense systems so it could not shoot down planes, its command-and-control systems so communications would go dead, and infrastructure like the power grid, transportation, and financial systems.

“It seems pretty reasonable to think that there are things out there today that we haven’t seen that are much more advanced ,” Liam O'Murchu, a director at Symantec who helped discover the Stuxnet virus, told Business Insider last year.

The Russia operation, still in its early stages, was signed off on by President Obama in the waning days of his administration. President Trump has not changed or stopped the operation, according to officials who spoke with The Post.