Marine vet who lived in a shipping container, made Molotov cocktails, pleads guilty to weapons charge

Christopher Steven Ledbetter, 29, of McLoud, admitted that he modified an AK-47-style carbine to fire like a machine gun. 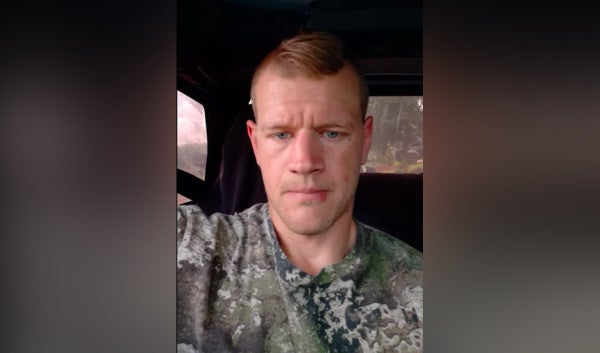 A military veteran who had vowed armed resistance to laws against personal freedom pleaded guilty Friday to a federal weapons violation.

Christopher Steven Ledbetter, 29, of McLoud, admitted that he modified an AK-47-style carbine to fire like a machine gun.

FBI agents found the fully automatic weapon in his Jeep when he was arrested June 4 in Oklahoma City on a state warrant accusing him of eluding police. Agents the same day raided his family's property and seized ammunition, two homemade grenades and two Molotov cocktails. He was staying on the property in a large shipping container described by the FBI as a barracks.

The FBI said he wrote on Facebook in March that an upcoming civil war will be a blast. The FBI also said he had done tactical training with a silhouette labeled “POLICE.”

U.S. District Judge Charles Goodwin will decide his punishment at a sentencing in Oklahoma City federal court later this year. Ledbetter was told the maximum punishment on the felony offense is 10 years in prison and a $250,000 fine. He also was told he will no longer be able to own any type of firearm.

His attorney, Michael Johnson, said he will seek probation. He plans to bring up at sentencing that Ledbetter was honorably discharged from the Marines and later fought with the Kurds against ISIS.

His supporters say Ledbetter is a peaceful man who was targeted because he stood up for his family in their ongoing dispute with McLoud police. His attorney said Ledbetter was particularly upset over a confrontation between his mother and an officer in February over the officer's use of the family's trash bin. The officer was later fired.

In a five-minute speech at a rally at the Capitol in May, Ledbetter said he would not follow any laws “against peaceful freedom.””If they do enforce it, I will use all of these weapons and all of the banned weapons for their intended purpose of killing terrorists, foreign and domestic. And I will do the same here as the terrorists that I killed foreign,” he said. “Liberty or death!”