Thieves Drained The Savings Of America’s Oldest Living Veteran. The Bank Made It Right 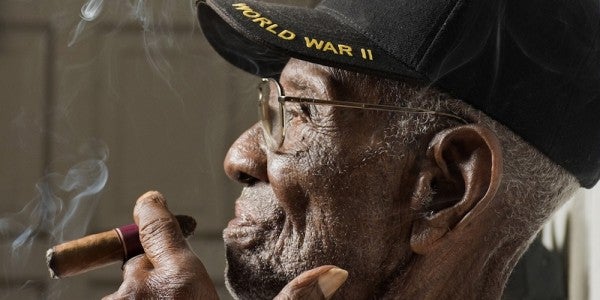 Volma Overton said the family was shocked when the bank called and asked them to come in and sign for the restored funds.

“Man, I teared up,” he said. “I couldn't believe it. They made it happen. The executive of the company said he'd take care of this, and he took care of it.”

A Bank of America spokeswoman confirmed Wednesday that the bank was investigating the issue and had credited Overton's account. Austin police were also investigating, along with federal authorities.

“Everyone wants to get to the bottom of this. I don't think it's going to be long before we know,” Volma Overton said.

Money wasn't the only thing stolen from Richard Overton, his cousin said. His identity was taken, too.

“Someone set up a bogus account, got his Social Security number and accessed his personal checking account,” Volma Overton said.

His bank account wasn't tied to his GoFundMe account, which funds his in-home care. The campaign has raised more than $430,000 since it launched in December 2016, but a large portion has been spent. The funds go toward his medical care — Overton requires 24-hour care and four caretakers switch off between 12-hour shifts.

The fundraiser saw a huge spike in donations since the news broke about Richard Overton's account being drained, his cousin said.

“It's been a true blessing in disguise for us,” he said.

Now, the oldest man in America can spend his days as he always does: sitting on his front porch, where he smokes 12 cigars a day and sips on whiskey and coke.

“Everything's back just like it was,” Volma Overton said.